A new fundraising initiative for low-income housing in New York was announced today by the founder of DaBx Demand Side Solutions. Energy independence, not energy efficiency holds the key to long term building preservation, and economic competitiveness. 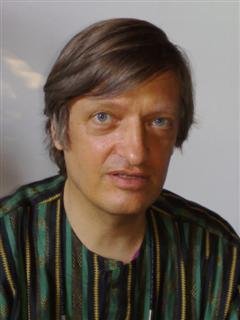 December 11, 2012 /MarketersMedia/ — A new program for partially self-funded energy independence projects for low income housing in the Bronx and the other boroughs of New York City, was announced today by Rogier F. van Vlissingen, founder of DaBx Demand Side Solutions, Inc., a Bronx-based renewable energy consultancy.

Today's renewable energy technology makes it feasible to achieve a significant measure of energy independence, and reduce fossil fuel consumption in multi-family buildings by as much as 80%, and achieve at least partial independence from the grid, as well as greater reliability of energy systems, and therefore improve building values in the long run.

New York City's current emphasis on converting boilers from #6 home heating oil to lighter grades of oil or natural gas offers only an incremental improvement in air pollution, and leaves properties at the whim of future energy price hikes in a city that is rapidly becoming dependent on a single fuel, natural gas. On July 4th of 2011, which it dubbed "Energy Independence Day," DaBx released its report the "DaBx PlaNYC2020" as an alternative for the multi-family sector to New York City's PlaNYC2030. A copy of this report was offered to Mayor Bloomberg on that day.

Under current programs, and the common financing rules and regulations for low-income housing, it is almost impossible to redesign energy plant with renewable technology in low income housing reconstruction. The guidelines effectively keep the engineering the same but replace old infrastructure with modern, more energy efficient equivalents. As Rogier van Vlissingen explains, the reason for these failings is that at the macro-economic planning level it always seems as if energy efficiency offers the highest returns on investment in energy improvements. This point of view commonly leads to misguided micro-economic policies, and prevents the pursuit of renewable energy solutions even when they are perfectly feasible and economical. Instead, by analyzing the problem from the ground up, from the the building itself as an economic asset, renewable energy and partial energy independence are often economically feasible, but for typical financing rules. The only remaining challenge is that renewable energy plant is more capital intensive initially, but this will pay off in increasing building value with every future energy price hike.

With the help of a fundraising program that leverages green energy, DaBx can help organizations pursue energy independence programs through leveraging grant moneys by partial self-funding that is accessible to not for profit agencies, such has New York's HDFCs (Housing Development Finance Corporations). By developing such funding independently, and in turn leveraging other grant moneys, the restrictions of usual financing methods can effectively be circumvented. Moreover these fundraising projects can provide extra income for tenants of such housing project, as well as raising money for the agencies that operate such housing.

Until now, Rogier has helped set up fundraising programs for numerous agencies in different sectors, including Banana Kelly, Morrissania Revitalization Corporation, Art for Healing NYC, and Lubavitch of Montgomery County, as well as New York CitiWorks, a 501(c)(3) incubator, and one of its chapters, The Course in Tongues. Since Hurricane Sandy it was felt the tide is now turning in favor of energy independence for buildings, and partial self-funding can help overcome the funding gap. By leveraging the energy expenditures of the tenants themselves, a powerful new economic solution can be created.

The benefits of such programs will include vast improvements in indoor and outdoor air quality, and major advances towards meeting the Clean Air Act requirement for NYC, but also health (indoor air), public safety (energy independent buildings stay lit in a blackout), as well as lowering long term operating costs. The benefits to national security include reduced dependence on foreign oil as well as reduced vulnerability to disruptions in the grid. Particularly generating electricity at the building level is a key strategic objective, because in New York the delivery cost of electricity is 60-70% of the bill, and rising relentlessly ahead of inflation as far as anybody can foresee. In the long run building level electrical generation can also relieve the pressures for congestion pricing on the New York grid, and improve the city's long term economic viability.