MarketersMEDIA Year End Sale is back for 2020! Reach  APNews, MarketWatch, ABC,  and more than 480 media outlets at up to 80% off! Check It Out Now
Sign Up Your Account Send Press Release
MarketersMEDIA / Newsroom / New EP ‘Home Team’ Promises Chartbuster Fame for Atlanta-based Hip-Hop Artist, TazForte 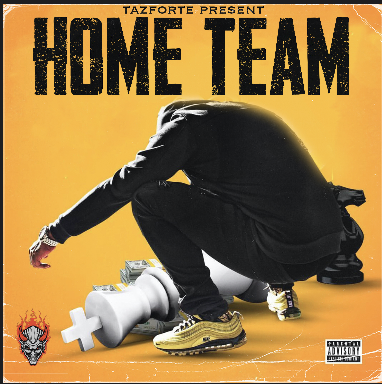 November 6, 2020 — November 06, 2020 – Atlanta-based Hip Hop and Rap artist TazForte is expecting his upcoming EP, "Home Team" to be a chartbuster. On cloud nine after enjoying a series of big hits, TazForte is continuing the momentum with one victorious run after another, and “Home Team” isn’t the end.

"Home Team" consists of seven tracks and listeners can enjoy a selection of unique-quality tracks. The tracks offer many glimpses of his life and experiences. Whatever he is conveying through his music, he does so with style. His addiction to originality and consistent improvisations deliver a style that is not easily duplicated. Modern Hip Hop production and Trap beats complement his lyrics well.

TazForte exhibits the same drive, determination, and aptitude that is common among the prominent names of his genre. His performances so far have pushed him high up the charts, and it is expected that he would continue to maintain the tempo.

Owning a unique style, TazForte is a class apart and has been able to create a niche for himself in the music scene. He has taken pains to stand out from the rest, a quality, which his growing fan base would readily agree to. At the start of the new decade, he had announced his presence with an EP titled “Not Sorry.” The “Home Team” EP is expected to consolidate his position among peers.

TazForte, born Qudral Forte, was interested in music all his life. Influenced by artists such as Jimi Hendrix, Babyface, 2Pac, and Keith Sweat, he kept on improving his music, adding his own unique touch to it. Even though Atlanta is well known for Trap Music, he decided to experiment and create his unique style with different sounds. Often he remembers people who walked before him in his tracks such as “You Deserve To Know”, “Ima Gar”, “Stop It”, “Star”, and “Masterplan.”

“Home Team” EP is available on digital music streaming platforms. It has been released through TazForte Ent.