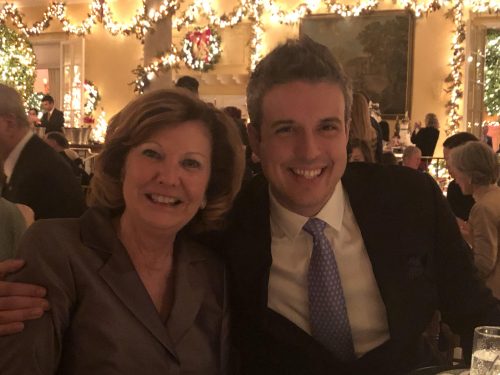 New York, NY - February 9, 2020 /MarketersMedia/ — Physical and mental health are equally affected by isolation and loneliness, as they are by obesity or smoking. Social media was created to bring people together, however it became very popular and the effects were the opposite ones. According to a study commissioned by US health insurance company Cigna, 46% of Americans feel lonely. Additionally the researchers concluded that the effect loneliness has on mortality equals the impact of smoking 15 cigarettes daily. While the problem appears to be spreading among younger generations due to the demands and complexities of life in the 21st century, the issue came to prominence courtesy of various studies focused on senior citizens. As one report noted, “There is strong evidence that many older adults feel isolated, and that loneliness is associated with poor health and higher rates of mortality.” It was media coverage of one such study that pushed Nevan Donahue and his wife, Sarah Berner, into action, inspiring them to launch The Real Senior Prom.

The project is underpinned by the belief that companionship is critical for the welfare of older adults and works even better when combined with age-appropriate physical activity. Given the social nature of human beings, face-to-face interaction and joint pursuits logically emerge as part of the solution, according to James Nevan Donahue. Following a memorable personal experience, he and Sarah had an epiphany: music and dance are nearly unrivaled when it comes to bringing people together, creating energy, positivity, and sheer entertainment value for everyone involved. The couple realized that such parties would be even more beneficial for seniors as the gatherings would provide much-needed companionship – an element sorely lacking in the lives of this demographic.

As Nevan Donahue often points out, The Real Senior Prom is intended to be “a party that integrates all ages and generations.” Moreover, it is not burdened by any of the considerations and concerns associated with proms: outfits, hairdos, and dates are irrelevant, as are dance skills. The aim is simply to get everyone involved in the fun, using music and dance to foster a sense of companionship while producing some physical benefits along the way. With assistance from a live band, the project hurls people into the whirlwind of dance, lighting up senior homes, centers, and residences with a burst of positivity, amusement, and energy. The motivation of the founders is perhaps best summed up by this statement: “The Real Senior Prom was created because everyone needs and deserves a killer dance party.”

James Nevan Donahue is responsible for strategy and business development at Comedywire.com – a collective of comedic writers catering to the needs of marketers, brands, and individuals. Drawing on the creative power of more than 10,000 content producers, the online social comedy platform provides original ideas in real time, helping clients meet the specific demands of communication in the digital age. Outside of work, Nevan Donahue is a passionate supporter of environmental causes, most notably ocean conservation, and is a board member at the Blue Sphere Foundation.