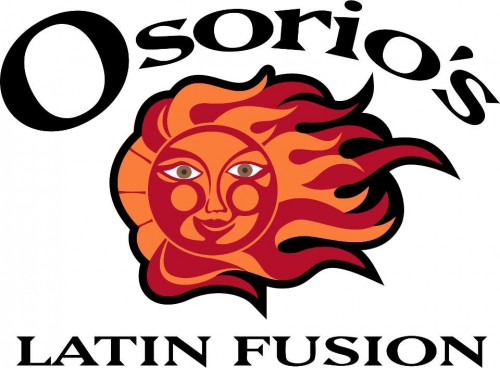 Appleton, WI,, USA - - August 15, 2014 /MarketersMEDIA/ — While Appleton, Wisconsin hasn't been known as a mecca for nationally ranked restaurants in the past, this is quickly changing. Osorio's Latin Fusion, a popular family restaurant in this quaint little city not far from Green Bay, has gained national notoriety as one of the top-rated restaurants in the country for creative cocktails. National exposure in the el Restaurante magazine's Spring issue is sparking attention from wineries, vendors and consumers alike.

“When we teamed up with Robert Hall Winery for the pairing dinner on August 20th,” commented co-owner, Kim Finnell, “we were thrilled to make it happen and super excited to begin preparation of the courses!”

Representing the 2010 California State Winery of the Year at the dinner is the Robert Hall Winery National Brand Manager, Dan Alexander. During service of the four-course feast, Alexander will personally introduce each varietal, hand-picked by the winery and carefully paired with Osorio's Latin Fusion dishes specifically created for the Robert Hall Winery Pairing Dinner.

“One of our favorite things about pairing dinners is matching the flavors of the food with the ideal libation, and vice versa,” Finnell went on to say. “We've prepared a feast fit for royalty for the Robert Hall pairing!”

Beginning the evening will be an appetizer of Osorio's Latin Fusion Paella paired with Cabernet Sauvignon, which was awarded the silver medal at the California State fair in 2010 (vintage 2007). Following, Robert Hall's Sauvignon Blanc highlights the fruity flair of the unique Pear Zucchini soup. The main course, a personal favorite and specialty of Executive Chef and co-owner Liborio Osorio, is the highlight of the four-course meal.

“The Shrimp-stuffed Filet Mignon is filled with the flavors of a classic surf-n-turf with our special Osorio's spin,” the Chef explained. “The Syrah chosen to accompany the dish is a superb complement, bringing out the best of the wine and the food.”

To complete the feast, Chef Liborio and his staff have created a decadent Cocoa Mascarpone, while Robert Hall Winery provides the hint of sweetness and citrus of its Orange Muscat.

While the Robert Hall Winery Pairing Dinner is the feature of the night, Osorio's Latin Fusion also offers a full menu, inclusive of an extensive child's selection and many gluten-free dishes. For those patrons who prefer a libation other than wine, a fully stocked bar is available specializing in the creative cocktails that have brought national notoriety to the Appleton, Wisconsin restaurant.

Wine course presentations will be done by Dan Alexander, National Brand Manager for the winery. For more information on the Robert Hall Winery, visit: www.roberthallwinery.com

This Appleton, WI restaurant is located at 1910 N. Casaloma Drive, between the Fox River Mall and Timber Rattler’s Stadium. For reservations, call 920.955.3766.

**JD Arbuckle is a freelance journalist specializing in consumer education on a variety of topics including wine, International cuisine and peanut butter.