A local pediatric clinic and hospital were found jointly responsible for failure to diagnose the bacterial infection that led to the death of a young boy. 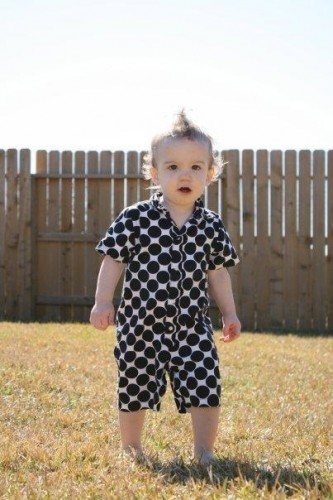 Nashville, TN,, United States - - October 13, 2014 /MarketersMedia/ — On October 2, 2014, a Nashville jury held a pediatric clinic and local hospital accountable for the wrongful death of 22-month-old Ryder Laurent. Ryder died on June 10, 2009, as a result of complications from ehrlichiosis, a tick-borne illness.

The jury ruled in favor of the Laurent family against Old Harding Pediatric Associates, which was found to be 50 percent responsible for Ryder’s death. Vanderbilt University Medical Center was also found 50 percent responsible, but had resolved all issues associated with the case prior to trial.

“We are very pleased that the jury carefully listened to this tragic matter and rendered a verdict that was fair and just,” said Ms. Laurent’s attorney, Daniel Clayton, of Kinnard, Clayton & Beveridge in Nashville.

“Ms. Laurent did everything she could to get help for her son. The medical community let her down.”

Ehrlichiosis is a bacterial infection transmitted by ticks. The disease causes flu-like symptoms in those infected and, as in the case of Ryder Laurent, can be fatal if it remains untreated.

According to the Centers for Disease Control (CDC), the antibiotic doxycycline is the first line treatment for ehrlichiosis. If it is administered within the first four to five days of symptoms, fever usually subsides within 24 to 72 hours and the infection is cured with no long-term problems.

In this case, the diagnosis and treatment both came too late for one little boy.

In May 2009, a tick bit Ryder Laurent while he was playing outside. Approximately two weeks later, he developed a fever and a rash on his face. Ryder’s mother, Story Laurent, took her son to Old Harding Pediatric Associates in Nashville on Wednesday, June 3, because of his symptoms.

The pediatrician, Dr. Chris Patton, noted the recent tick bite on Ryder’s chart, but advised Ms. Laurent that the bite had nothing do with her son’s illness, citing an ear infection as the cause.

The following morning, the rash had spread all over Ryder’s body. Ms. Laurent said that he had a high fever throughout the night, was experiencing episodes of disorientation and was patting his head like he had a headache.

She took Ryder back to Old Harding and saw Dr. James Keffer. Dr. Keffer failed to look at the chart from the day before, which would have revealed the recent tick bite, and diagnosed Ryder with an allergic reaction.

By Friday, with her child’s symptoms worsening, Ms. Laurent took Ryder to Vanderbilt University Medical Center twice – once in the morning and once around midnight – and was sent home both times.

Finally on Monday, June 8, Ms. Laurent brought her son back to Vanderbilt, where an infectious disease expert made the presumptive diagnosis of ehrlichiosis. At that point treatment began, but it was too late.

Ryder Laurent died after suffering a brain herniation caused by ehrlichia meningitis on June 10, 2009. Ms. Laurent made the decision to give the gift of life and donated Ryder’s organs.