Star Power 2 is available on all major platforms and is earning good reviews from his legions of fans. 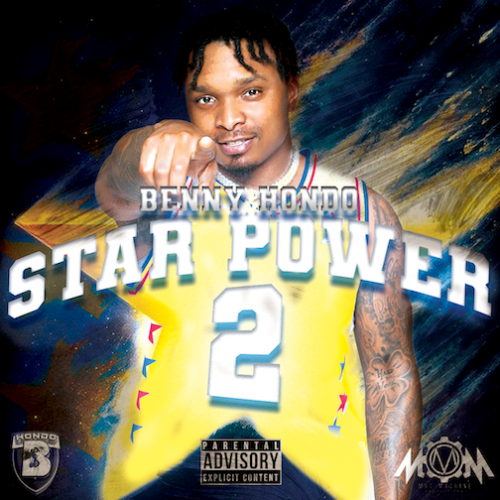 May 26, 2021 — Benny Hondo is excited about his newest album, Star Power 2, which was released on May 21, 2021. Star Power 2 is available on all major platforms and is earning good reviews from his legions of fans.

His journey from Ben Dupree, the star quarterback, to becoming Benny Hondo, a star music artist, is inspiring and wonderful. The former Susquehanna Twp Star is originally from Philadelphia, PA but grew up in Harrisburg, PA. In high school, he was a reputed and popular athlete as he excelled in both football and basketball. After graduating high school, he went on to become a Division 1 quarterback and played professional football in Japan before discovering his calling as a musician.

Hondo released his debut album, Star Power, which featured producers such as Maaly Raw, MexikoDro, Chinatown, and MilanMakesBeats, in May 2020. His debut was well-received and projected him to local popularity.

With his latest album, 29-year-old Hondo hopes to make his name in a big way and hopefully hit the charts. Hondo’s voice is distinct which allows his delivery to catch people’s attention. By combining melodic choruses with “trap beats” Hondo creates a very unique sound for Star Power 2.

When asked about his latest album, Hondo said, “I believe I have a nice voice, I have a unique voice, and I just bring it from my chest like I did calling plays at quarterback, you have to be loud, and that’s all I’m doing on the track – just giving them that”.