Mobile mechanics plan to take over the UK 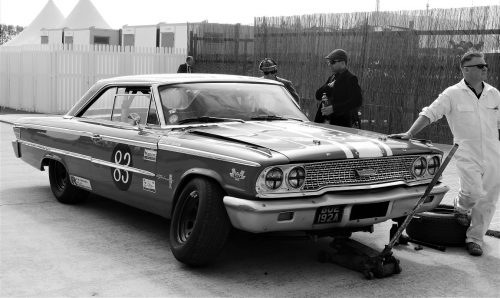 London, United Kingdom - August 9, 2016 /MarketersMedia/ — The channel caught up with a London retired Mechanic who has a great story to tell. Jacob Tobias, a 54-year-old vehicle mechanic has come out of recent retirement to help get ‘’mobile mechanics’’ on the Map. He and family members of his started to have bad experiences with mechanics as soon as Jacob came out of retirement, he moved to Spain to settle which left his family and friends to find good mechanics for themselves. After Jacob returned from Spain in 2014 he was getting stories from people he knew all the time. The stories were mainly on the topic ‘’how mechanics at Garages were ripping them off’’.

Jacobs own words explained ‘’I am very annoyed’’ , he went on to say how mechanics had been ripping off his family members with double to triple rate prices and even to go as far as messing around with car engines to keep the customer coming back sooner than later on a regular basis. Jacob had showed us 1 friends Garage receipts to add up to over £7000 for 2 years in total and the car itself had a value at ‘’Brand New’’ of £11000. Anyone in their right mind would have bought a new car, but it’s the way these garages took the steps starting small and then when the person has spent so much money, these Conns know that another lump payment will be paid (come on, if you had spent £2-3000 in a few months on your car you would not sell until it was fully road worthy, as it would be a result of a massive Loss)

Jacob immediately extended his stay in the UK and being the helpful and took the time to go undercover and really get to the bottom of ‘’WHY’’ these mechanics were ripping innocent people off so much. From his studies and undercover work, he came to the conclusion that the main guys doing the ripping off were mechanics with Garages. As he deemed deeper in to the pasts of these companies and finance checks showed a simple pattern, Garages just had too much over heads and high costs such as big electricity bills to pay, which determined that was the main reason ‘COSTS’’.

Jacob then hired a few mobile mechanics whom ran everything from there Vans to fix repairs that he had made himself, exchange Tires and run other works such as diagnostics, Jacob was impressed with service and costs of final work carried out. This was enough for him to come out of retirement and start a Mobile Mechanic company known now as Mecnitecs whom he explains are going to be the friendliest of technicians and the cheapest prices around, he plans to run his head office from near Central London and expand till he has every city in the UK with a Mecnitecs branch. Jacob says will not stop until Mecnitecs has helped majority of the UK . click here for the website