Mitja Dolinsek who offers Google SEO, web design, and social media marketing to e-commerce stores, local businesses, and corporations worldwide, has successfully helped one thousand businesses since the grand opening. Mitja announces expanding the agency in Los Angeles and Beverly Hills in May 2017. 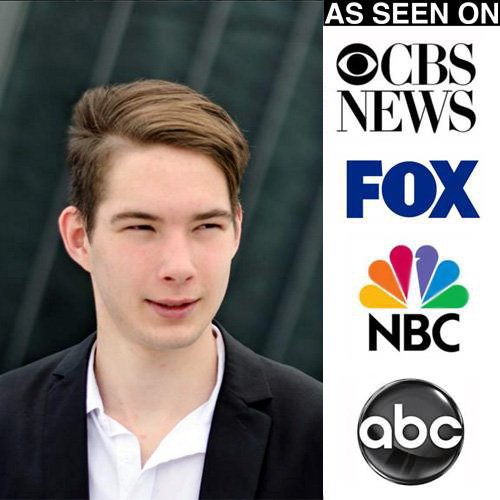 Los Angeles, California, United States - May 24, 2017 /MarketersMEDIA/ — Mitja Dolinsek's digital marketing agency has just expanded to Los Angeles and Beverly Hills, California where business owners can now start using the services. SEO marketing agency has just announced that they have successfully helped over one thousand business owners worldwide after expansion to Stockholm, Toronto, and Miami in May 2017. Mitja has been an OMG Machines member for the last two years, where he expanded his SEO and marketing knowledge.
He believes that one of the most important parts of any business is being able to systematically get new clients on demand. Most businesses struggle to get new clients that would increase the revenue and profits of the company, which is why Mitja's services are so popular in more than 20 countries worldwide!

Mitja started in a small European country called Slovenia, where he met his business partners Ziga Pipan from Splet99.net and Erik Zorn from Zum.si. The agency started in 2011 and was limited to only one country - Slovenia.

His first clients were local Slovenian business owners. One of them is Andrej Svetelj from Mizarstvo-Svetelj.si who has been Mitja’s client for several years. Mizarstvo Svetelj is a hundred and twenty-year-old local carpentry business that was able to increase the number of clients with digital marketing. Andrej let us knew how thankful he is for his optimized website which is getting him new clients every single day.

Mitja was also personally mentored by the youngest highest paid internet marketing consultant in the world, Matt Pocius, who made his first million dollars at age 18 and was mentored by Daniel S. Peña Sr. who is also known as "the $50 billion dollar man" and Tai Lopez who is an advisor, consultant, and owner of 20 multimillion dollar businesses. Matt explained, "I work with hundreds of people and when somebody puts in that extra effort and really wants it, it's very clear. It's obvious to me that Mitja is one of those people. He is extraordinary. One of the most important things, when you choose who to work with, is their dedication and Mitja definitely has that dedication that anybody should be looking for when looking for somebody to work with."

After that, Mitja used his Google SEO knowledge to rank Slovenian yacht stores, e-commerce shops, and car dealership companies, such as “Odkup Vozil” in Ljubljana, which is the capital city of Slovenia.

Mitja is also an engineer of electroenergetics, which is one of the reasons why he partnered up with Ziga, Erik, and Miha Kercmar, the founder of Lifetime Svetila, and launched the biggest online lighting store in Slovenia called Razsvetljava.si.

Bernard Derrick Lee, president of Charlotte Search Engine Consultants explained, “If you are looking to expand your business by dominating Google, let Mitja do that for you. One of his main advantages is being one of the best experts when it comes to ranking internationally. Mitja Dolinsek is not only ranking in the US market but also in Slovenia, Austria, Croatia, Italy, Germany, Netherlands, UK, United Arab Emirates and many other countries outside the US. There are only a few people who REALLY understand SEO, and there are even fewer people who do that effectively in any market.”

Domen Deu from DomenSoloAds.com was already a well-established solo ads provider when he met Mitja Dolinsek but after Domen started using his services, his business was never the same again. Now Domen is recommending SEO services to his friends that have similar problems than he used to have – getting more customers.
Mitja also just recently expanded his agency to Canada and was able to help a Canadian company NewCarCanada.ca with his search engine optimization knowledge in more than 300 Canadian cities.

Troy Fabien at MiamiAssetsRealty.com, has been a residential and commercial real estate broker, marketer, and consultant in Miami for the last 13 years. Troy is also one of the first Mitja’s U.S. based clients. He explained, “Mitja as an SEO expert helped me increase the exposure and revenue of my company. I highly recommend Mitja to any professional who’s seeking a boost and an increased presence for their company profile.”

Mitja personally thanked all of his business partners when they hit the milestone in his business, for helping him achieve such extraordinary results.
He also wanted to thank Chris Winters, Gregory Ortiz, Mike Long, Elizabeth Herrera, Joseph Marfoglio, Greg Morrison, Stephen Floyd, Kotton Grammer at KottonGrammer.com, and all the other OMG Machines members for teaching him search engine optimization for the last two years, which is still his most popular service and other individuals who in any way contributed to his business.