These 3D audio podcast dramas will be extremely immersive & will often place the listener as the lead character in the story, ZimaPodcastingNetwork.com reports 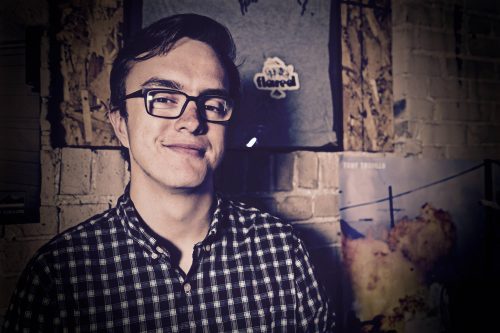 Milwaukee - December 3, 2019 /MarketersMedia/ — As 2020 approaches, a startup podcast network from Milwaukee, WI known as Zima Podcasting Network is planning to take on the big players in the industry by investing in several standalone immersive, 3D audio dramas that will span across genres such as comedy, horror, drama, and more.

On December 23rd, the network will be launching its first project in this format titled 'A Journey through the North Pole' where listeners will be brought to an alternative universe where Santa exists & viewers as a tourist will take a guided holiday-themed train ride through his extravagant workshop & city.

Founder Graham Zima on the new direction of the network: "Entertainment is about escape. This uncharted territory we are entering is about giving listeners the chance, for 1 hour of their day, to live out their greatest fantasies & be whoever they want to be. In one podcast they will be a modern-day crime detective & the next an audience member at a rock concert in 1975. The possibilities are endless & we couldn't be more excited."

The network believes this new direction is what they need to compete with the big media/celebrity dominated podcast industry.

These 3D audio dramas, hosted by largely 18-35-year-old budding & independent creators with diverse backgrounds & perspectives. will be extremely immersive & will often place the listener as the lead character in the story.

Founder Graham Zima on the current state of podcasting: "We've found that the industry has become primarily dominated by celebrities & Fortune 500 companies as a way to promote other projects their brand is associated with. Not necessarily a bad thing & it's clearly working for them but there is this whole other group of lesser-known creators that are also producing exceptional podcasts. We are going to be the ones to give them that spotlight."

Notable shows include Monsters at Midnight, OG Influencers, and Glimpses. All of which have appeared on the Apple Podcast charts in 2019.

Founder Graham Zima on what makes the network so exciting: "To think where we came from is always a trip. It all started with just myself and a few friends in my freshman dorm chatting about movies around one microphone. It could have easily stopped there but I saw what this could become. A place where independent creators can freely take audiences on these breathtaking journeys to new worlds and show them new ideas all through the power of audio. That's what gets us out of bed in the morning."

Formed out of Founder Graham Zima's dormitory in 2016, as of now, the network produces 8 multi-genre talk shows that can be streamed at zimapodcastingnetwork.com & all podcast apps.