Sign Up Your Account Send Press Release
MarketersMEDIA / Newsroom / Mike “C-Roc” Ciorrocco, Podcast Host of “What Are You Made Of?,” Sets to Release Same Title Book

Mike “C-Roc” Ciorrocco, Podcast Host of “What Are You Made Of?,” Sets to Release Same Title Book

From early childhood problems, Mike “C-Roc” Ciorrocco has grown into the host of the popular podcast “What Are You Made Of?” and plans to release a book in mid-2020. 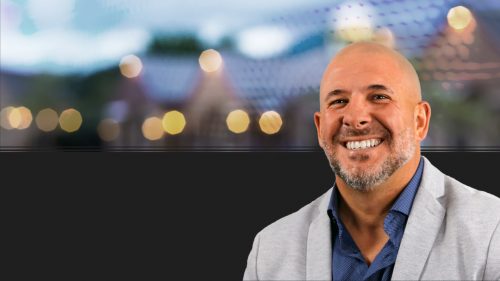 Miami - January 23, 2020 /MarketersMedia/ — Mike “C-Roc” Ciorrocco had a tumultuous home life, but turned it around at the age of 11. Following his parent’s separation, he would spend the majority of his time with his mom and every other weekend with his dad. As he grew older, C-Roc noticed his dad valued working and money over anything else—even him. After an altercation with his father, C-Roc knew the kind of person he wanted to grow up to be. He saw the unhealthy relationship his father had with money, and it lit a fire inside him to earn more than his father, while still having a well-rounded life.

His podcasts focus on becoming the best person you can be with a focus on entrepreneurship. C-Roc states all life experiences, whether good or bad, are training sessions for the future. He takes this idea and uses it to fuel his passion for spreading information about how to grow and overcome. Using this mentality, he has been able to leap hurdles and take his career to the next step. Find his website, blogs, and podcasts at https://www.themikecroc.com/.

C-Roc has overcome a lot in his past life and has picked up many skills along the way. Besides a podcast host, he is an entrepreneur, motivational speaker, business consultant, accountability coach, and mortgage and real estate expert. To this list he is adding the title author with his upcoming book “What Are You Made Of?” named after his podcast. His goal is to teach people to turn negatives into positives using his past experiences as examples.

About Mike “C-Roc” Ciorrocco: C-Roc’s early childhood brought him to a decision most people do not need to make until they are much older. He needed to ask himself who he wanted to be. This question was difficult because of his home life and the obsession with money he saw in his dad. Instead of playing victim to his father’s obsession, he learned to have a healthy relationship with money. He used that relationship to grow his own fortune, but found that he wanted to spread his story even more. This led him to create his website and start working as a motivational speaker for people who have been put down in life like he had.