With the campaign entrusted to Giacomo Bruno, the book has climbed in a few hours over 90,000 positions in the Amazon Italy Best seller ranking. 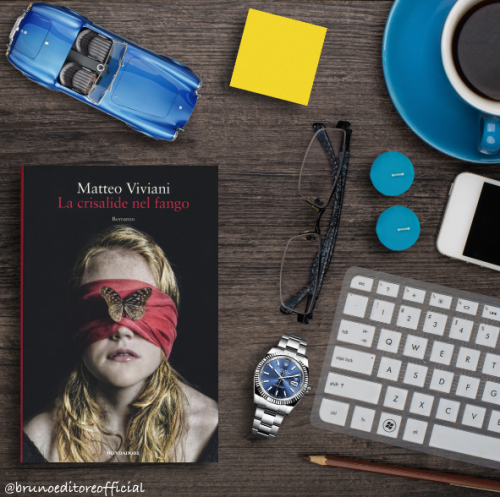 Rome, Italy - April 19, 2019 /MarketersMedia/ — Everyone knows him as a journalist of the well-known Mediaset program "Le Iene", but today Matteo Viviani brings up his role as a writer. His novel noir "La Crisalide nel Fango" (Mondadori) has now climbed the rankings of Amazon Italy, positioning itself in the TOP10 of the Bestseller List of its category.

"I could have written a book about my profession, but it would have been trivial" - says Matteo Viviani - "Instead this novel was born from the stomach rather than from my will. I felt I had to do it and when I finally decided, I did it before I even knew it."

Giacomo Bruno, the Italian "father of ebooks", already known for having promoted over 150 books in 2 years, both of emerging authors and international authors, each of which became Bestseller in less than 24 hours since launch.

“I read La Crisalide nel Fango a bit to challenge a bit out of curiosity. It's not the kind I'm used to, but I have to say that he kept me glued to the end. I was very impressed by its depth and by the obsessive attention to details. "- says Giacomo Bruno, Book Influencer and President of Bruno Editore - "Usually we promote self-help books and manuals, on which it is easier to set up a marketing campaign. Viviani's novel is a completely different genre and it was a great challenge for us. But we did it!”

Thanks to the relaunch carried out by Giacomo Bruno on his Facebook channels (1,000,000 fans) and Instagram (180,000 followers) and on the Bruno Editore mailing list of 150,000 subscribers, Matteo Viviani's book entered the TOP 10 of the Bestseller Ranking in its category, scaling over 90,000 positions on Amazon Italy within hours of launch.

“I am very impressed by the promotional campaign of Giacomo Bruno" - adds Matteo Viviani - "managed with great care and professionalism. I am pleased to see that my book has climbed the Amazon charts and reached even more people. The comments of those who read it will be the most valuable feedback for me as a writer”.