While many parents can remember receiving some form of corporal punishment at school at some point in their lives, others find it unfathomable that this practice still occurs in a modern, first world country such as America. 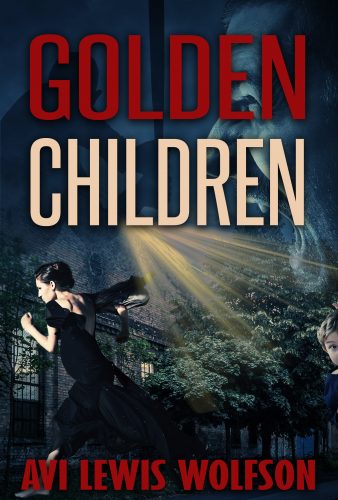 Somerville, United States - December 1, 2018 /MarketersMedia/ — The truth is that over 160,000 children in 19 states are currently legally subject to corporal punishment in schools each year. Because most of these schools are concentrated in Southern states, and the federal government has not addressed corporal punishment in its recent school discipline initiatives, public knowledge of this issue is limited.

Massachusetts author Avi Lewis Wolfson is a passionate advocate against the practice of corporal punishment, even penning a novella dedicated to exploring the theme and its effects on children.

After reading and seeing numerous disturbing articles and stories on TV about schoolkids and children with disabilities, such as autism being mistreated and physically punished in cruel and harsh ways in school systems throughout the USA, Avi’s anger fueled him to raise greater awareness of the issue.

“What I found to be most disturbing is that, in nearly every case, parents were left to fight on their own while the issue was swept under the rug by the powers in charge. I feel morally obligated to raise awareness of this important and sensitive subject for the sake of parents and children that can't speak up for themselves and are being silenced.”

Avi’s novella, Golden Children is a work of short fiction that aims to give some perspective to the issue. His first foray into fictional writing is a disturbing thriller that follows the story of a teacher who isn’t what he seems to the outside world. Ted appears to be an all-around good guy, but beneath the surface, he is a disturbed individual that thinks nothing of abusing those closest to him and under his care. But while Golden Children may be a work of fiction, Avi says it’s very much based on real-life dangers and circumstances that continue to affect young children globally. For Avi, the novella is a not-so-subtle subtle reminder to parents to be cautious of whom they entrust with their children’s care.

In his view, Avi sees Corporal Punishment as a nonsensical and contradictory way to teach children values such as channeling aggression by using violence and assault.

“It is an outdated practice that instills fear in children and reinforces to pupils that violence is appropriate in the world and the only way to react to negative behaviors. Other more humane forms of discipline such as time-outs, loss of privileges and suspensions can and should be used as more effective methods which are safer for the physical and mental well-being of students,” he said.

Avi suggests reaching out to your local government officials and representatives as a good way to express concern about corporal punishment in your area.