MarketersMEDIA Year End Sale is back for 2020! Reach  APNews, MarketWatch, ABC,  and more than 480 media outlets at up to 80% off! Check It Out Now
Sign Up Your Account Send Press Release
MarketersMEDIA / Newsroom / Little F**Kers Raises the Bar for Casual, Fast Shootout Games 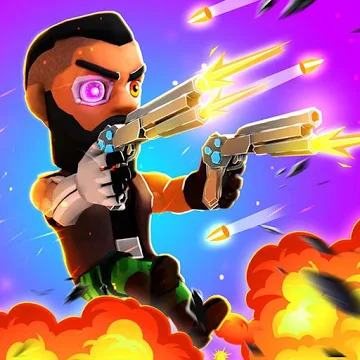 November 3, 2020 — EpicBunker's Little F**kers is a high-definition casual game that lets you streak your enemies, noobs, into oblivion. The game provides some quick, casual fun that can be played solo or in the company of other Little F**ckers. Perhaps the first battle royale game that gives real-world prizes to its users, the game has been developed at an Indie studio based in Barcelona in Spain.

Players can play online to battle real players in this top-down multiplayer PVP battle. The rules are simple and those who get the most kills become winners. What makes the game exciting is that there are additional features that make it awesome. It also allows players to unlock skins, provides a vast array of weapons such as frag grenades and other powerups in addition to swords, axes, hammers, and other lethal weapons.

The most appealing offer of the game lies in real world prizes delivered just as promised, unlike other games. Players can vie with each other and climb the leader boards as the best Little F**kers out there and go for daily hunts and missions to earn Gold and become stronger. There are long term challenges for earning more Gold, and gemstones to collect for buffing damage, speed, health and more.

Players who revel in stomping noobs using a variety of weapons can't give this game a miss. Some guns and weapons have out of the world abilities and are there for a try. Here are some of the main features at a glance:

-Unlock skins to look fly while stomping noobs
-Pickup and blast your enemies with frag grenades and other powerups
-Get up close and personal with swords, axes, hammers, and other lethal melee weapons!
-Fight to be the last man standing
-Take part in shooter showdowns across 5 different maps
-Battle solo or in a team!
-Unlock & shoot tons of different guns & weapons with their own unique abilities

The game plan is simple – a player needs to be the last man standing in the melee of shootouts. Players can conduct shooter showdowns across five different maps and play in more complicated maps or make it simpler as per their mood. If one is ready for it, they can opt for the hard mode where the noobs never stop coming.