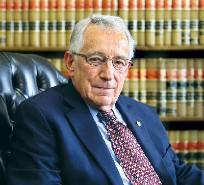 When asked to comment, Summers said that there are three things he tries to be on the lookout for in his clients’ cases.

One criminal defense strategy used by Summers to get criminal charges dropped is by proving the client was subjected to an illegal stop or search.

“Randomly stopping a driver in a car for arbitrary reasons such as the driver’s race is both illegal and unconstitutional. Similarly, police can only search a person or car if they have consent, a search warrant, are making an arrest, or in certain other situations in which they believe a crime has been committed,” he said.

If an attorney can prove the search was conducted illegally, Summers said, then the evidence cannot be used against the defendant.

“If this were to happen, then I would request that the case be dismissed upon the exclusion of that evidence, as the prosecution would not be left with sufficient evidence to continue to press charges against my client,” he said.

Another way that Summers strategically approaches each case is by looking at the probable cause asserted by law enforcement as their basis to arrest the client.

When asked to explain more about probable cause, he said, "Police must have a reasonable belief or probable cause to arrest someone for a crime. This probable cause needs to be based on factual circumstances."

According to Summers, many people get arrested and charged with a crime without this critical probable cause.

“In cases like this, if the defense attorney can prove that law enforcement made the arrest without probable cause, then the charges are likely to get dismissed,” he added.

Lost evidence is the third way in which charges against a defendant could be dropped or dismissed and which Summers considers when evaluating a case.

"It's often helpful to examine police procedures when sifting through the facts of the case. Poking holes in how the police collected evidence or gathered witness information can call into question whether there is enough of a case to charge the defendant with a crime based upon reliable, admissible evidence," he said.

According to Summers, seasoned criminal defense attorneys know how to look at a case and approach it aggressively, so as to work to get the charges dismissed on the basis of these and other legal or factual grounds.

“There may be additional grounds for dismissal beyond the three ways I just mentioned. If you’ve been charged with a crime, then make sure to contact an attorney immediately so they can evaluate your case,” he added.