As the typical example of cryptocurrency, Bitcoin is not just the “real currency”, it is the next “best currency” in a rapidly evolving world of alternative decentralized and digital economy. 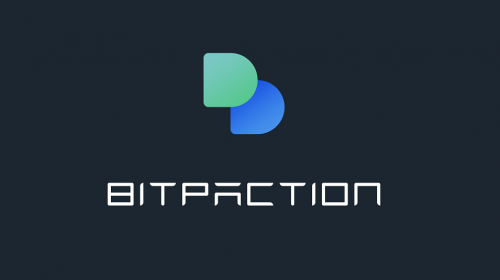 Singapore - January 17, 2018 /PressReleaseAgency/ — As the typical example of cryptocurrency, Bitcoin is not just the “real currency”, it is the next “best currency” in a rapidly evolving world of alternative decentralized and digital economy. The rising of the cryptocurrency brings uncountable investors. To meet variety demands of global digital asset investors, the latest intelligent digital asset exchange, Bitpaction, which is developed by Sonny Cheung, is waiting for an official roll-out.

Due to the incredible price fluctuation of cryptocurrency, it has already captured every investor’s imagination. Next-generation entrepreneur Sonny Cheung recently developed Bitpaction, The latest intelligent digital asset exchange which was developed on the same core technology – Blockchain. Sonny Cheung and team recently appeared at a press conference to announce that Bitpaction, the exchange which they have developed, would be rolled out soon.

Sonny Cheung, who stepped in the electronic commerce and investment industry after earning his post-graduation degree with a major in Economics from the University of Liverpool, came to know about Bitcoin unwittingly in 2013, and started to invest in Bitcoin and other digital currencies. The young investor went through both ebb and flow during his early years and he gradually turned into an expert in this particular field in this period. After years of trading with all existing digital asset exchanges, Sonny Cheung realized that there are certain limitations of all those exchanges.

One of the top executive of the company informed the press that Sonny Cheung realized that he was not the only one to be bothered by those shortcomings of existing exchanges. During a discussion in a cyber community, he met a group of friends who shared similar concerns about their digital assets. “There were experts in internet technologies, professional marketing practitioners with groundbreaking ideas, and cryptocurrency experts, who teamed up with Sonny Cheung and decided to launch a new digital asset exchange, which is Bitpaction”, the executive was quoted by the local press.

According to Sonny Cheung, it is very easy to operate as a user even for a beginner who has just heard about the digital assets. “There are greenhorns who would get a chance to collaborate with the most experienced digital asset experts and such combination would make it easier for the entry-level investors to invest in cryptocurrency on Bitpaction”, Cheung told the press.

“Under any circumstances, the minimum price of each BPS would not go lower than 0.76 USDT. Bitpaction would calculate the amount of the service fee users have spent at Bitpaction as USTD, and users can also use the BPS to exchange the USDT. If the current price of BPS is lower than 0.76 USTD, the BPS of users can still be valued 0.76 USTD so that they can complete the exchange without losing their money”, he added.

According to Sonny Cheung and team, the special surplus stop-loss point function was added to the new exchange during its development. “After logging in Bitpaction, users can set an increasing or decreasing figure for a particular digital asset. The selling or buying would be automatically triggered when this particular digital asset reaches or exceeds the figure the user has set. This function could protect their investments efficiently”, Cheung stated.

As the CEO, Sonny Cheung and the whole team has high expectations from Bitpaction and believe that it would serve a significant purpose of protecting investor interests. “We have planned to add the trade mode for globalization, and integration with entity resources, to link the stores both online and offline, to expand the market for the BPS, to open the business close loop, and to make it a diversified comprehensive investment trading platform”, Cheung told the press.

Project ambassador: 15 most popular images will be post on the white paper with the core team of bitpaction as the project ambassadors, each of them will earn 10,000 BPS and one year service charge free at Bitpaction.

P.S. Participant should upload materials under the Bitpaction username.

Bitpaction is the latest intelligent digital asset exchange that focuses on the user experience.