Blogger Konrad Braun from Kobra Dynasty to create his own book launching platform to compete with Amazon Self Publishing. Launch set for January 1st, 2019. 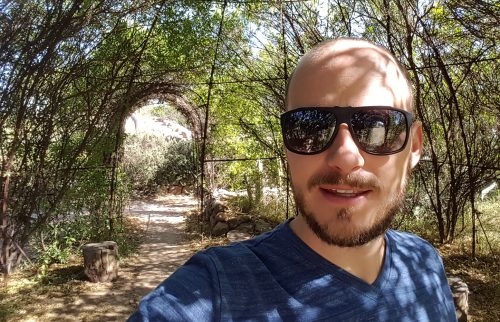 Braun, who has a long history of writing for different blogs, explained that publishing books is a new thing for him. He says he has been wanting to get into the publishing space ever since his first book failed to sell in 2010, which left him extremely disappointed and dissatisfied with the lack of support new authors get.

“I was maybe eight or nine years of age when I started writing stories. Of course back in those days it was with a pen and paper and because we moved countries a time or two, I have no idea what ever happened to those early books of mine.” giggled Braun.

He says a part of him wishes he had known back then what he knows now and had taken those books and tried harder to publish them. “It’s hard to say what would have become of them, but as they say: some of the best ideas are buried in the graveyard!”

Braun explained how there was no Amazon.com publisher platform when he grew up or any other platform like it, so everything would have had to be done the hard way.

“Platforms like Amazon publisher have made things a whole lot easier. Anyone can now become a publisher. No need to find and get rejected by publishers, and definitely no need to work with opinionated editors and designers if we don’t want to. It’s refreshing!”

Braun says that despite it now being extremely easy to become a self published author, it is extremely difficult to become a selling author. Especially if one does not already have a following of some kind.

When asked for more details about his book launch platform, Braun insisted it would be just that: a website with an interested audience ready to jump on a book the minute it launches.

“At the end of the day it is all about exposure. It’s all about having the right product for the right audience. And that is basically what my launch platform at Kobra Dynasty will be all about: connecting the readers with the authors!” explained Braun.

When asked about the niches the Kobra Dynasty platform would launch books in, Braun said it would mainly focus on self-help & how-to books, DIY guides, and educational middle-ages fantasy-novels.

To learn more about Konrad Braun or to stay in the loop of when the launch is to take place, check out: https://kobradynasty.com/books/