Kenny Habul, a professional race car driver from Sydney, Australia, is delighted to announce that he has agreed a deal to drive in the 2021 DTM Series. 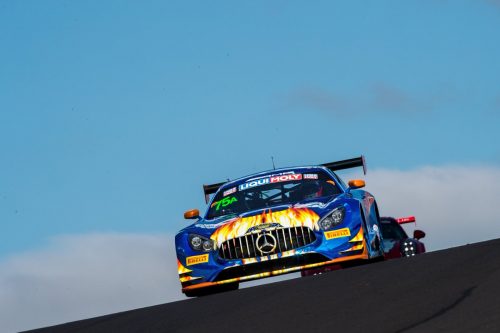 Sydney, Australia - May 5, 2021 — Greenwich CT: Kenny Habul, a professional race car driver from Sydney, Australia, is delighted to announce that he has agreed a deal to drive in the 2021 DTM Series. The legendary and experienced driver with over 95 races under his belt and four wins is thrilled to return to the driving seat in the highly competitive DTM series.

The 2021 DTM (Deutsche Tourenwagen Masters) is the premier German Touring Car Championship. The first race weekend is scheduled to take place on Fri, 28 May 2021, with the concluding race in the series taking place on Sun, 3 Oct 2021. There are currently set to be a total of 9 rounds each of 2 races during the season. Four of the rounds will take place in Germany, with the remaining five races taking place in various locations across Europe.

"I am thrilled to be getting back into racing and in a series which has a reputation for high-quality, competitive races with experienced drivers," said Kenny Habul Greenwich, CT. "A racing driver's career is so short, and once it is all over, it leaves a huge void in your life, which is virtually impossible to fill. The 2021 DTM series will provide me with the perfect opportunity to test my skills once again and let me experience the thrill of wheel to wheel combat."

Kenny Charles Edward Habul (born 24 May 1973) is an Australian professional race car driver and businessman. Born in Sydney, Australia, a former resident of Etobicoke, Ontario, and a current resident of Mooresville, North Carolina, he is the president and CEO of SunEnergy1.He has competed in the IMSA WeatherTech SportsCar Championship, the V8 Supercar Development Series, the Australian Formula 3 Championship, the CASCAR Super Series, and the NASCAR Xfinity Series. In 2018 he won the inaugural Intercontinental GT Challenge Bronze Drivers' title