The Igbo Biafran American is regarded as an electric talent who has worked with top artists in the global music industry. He produces meaningful songs that inspire people and encourages liberty 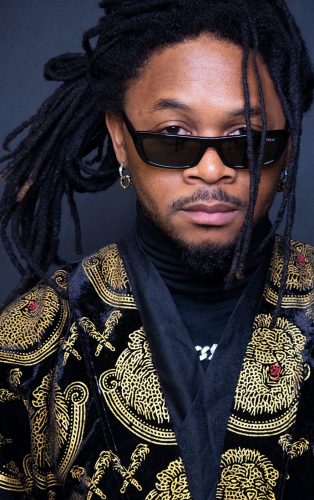 February 4, 2021 /MarketersMedia/ — United States: Kal Afrorock is pleased to announce the release of his new solo song, titled “Rise” displaying a unique blend of Afro-rock that has viewers on YouTube in a frenzy.

Kal Afrorock identifies an Igbo Biafran American singer, songwriter, and record producer who was raised in Washington D.C. Over the past few years, he has collaborated and worked with top artists like Will Smith, Biz Markie, and Mya on several projects. His deep connections with his African roots and culture are apparently attractive to these top acts who have all confessed to having a pleasant experience with Kal Afrorock.

Kal Afrorock is also an activist, using his musical talent and creativity to raise awareness on the need for the liberation of Biafra; the Igbo people of Nigeria. To learn about Kal or watch some of his music, people visit here.

Kal Afrorock is the first Igbo Rock, Alternative, Hip hop, and R&B artist in America. He’s an artist known for his sultry voice with a melodic flow, and the ability to deliver powerful lyrics with meaning. His music style and songs are loved by fans all over the world who testify to how much it pierces through their soul whenever they listened.