Talented artists, Kader and Ali The Don, collaborate on another potential hit titled My Love Beirut, where they chronicle the recent happenings in Lebanon following the explosion of August 2020 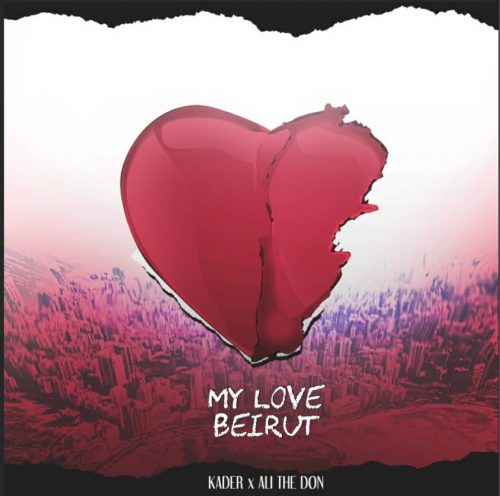 February 18, 2021 /MarketersMedia/ — My Love Beirut is the latest work from the duo of Kader and Ali The Don as the two talented artists come together to make another thought-provoking piece. The song centers around the series of events that happened on August 2020. It takes listeners through the pain felt by the millions of Lebanese that lost their loved ones and properties due to the explosion even as they seek answers to the circumstances that led to the explosion.

Music has been described as a form of expression through which creatives give their perception about happenings in their surroundings. Over the years, several acts have emerged to deliver amazing songs to music lovers worldwide. Unfortunately, many of the songs that have dominated the airwaves in recent times have lacked the content to provoke the thoughts of listeners. However, the same cannot be said about Kader and Ali The Don, with the two artists forming a formidable partnership to bless the ears of their fans and lovers of good music across the globe.

The recent release of My Love Beirut is a further reiteration of their commitment to making great music, using their platform to reach out and send a positive message by raising awareness as well. The song, which is available on all digital platforms, along with a music video on YouTube, details the questions asked by the people of Lebanon, even as they continue to beg for answers. The video has also been aired across Lebanese TV stations of Al Jadeed and MTV Lebanon.

My Love Beirut also talks about the level of corruption in the government, a plague that the country has had to deal with for more than three decades. Both artists expressed their worry about the state of unity in the country as they try to promote peace and unity among Lebanese people with the hope that it translates to economic benefits for the people of the country.

Other works from Kader and Ali The Don include Take it Slow, That's fine, Liquor, and WAVE.

Kader has a strong presence across social media, and continues to increase his fan base, with many upcoming projects in the works. His music can be found on Spotify, Apple Music, Anghami, Tidal, Amazon Music, Deezer and more. He can also be found on Instagram as: @therealkader.

Ali The Don can be found on instagram as: @aliyounes

About Ali The Don

Ali The Don is a talented rapper, executive producer, record producer, and song writer. Born in Lebanon, and he currently lives in the United States.