The book brings together at one place all of the essential lessons learnt by the
legendary motivational speaker over two decades. 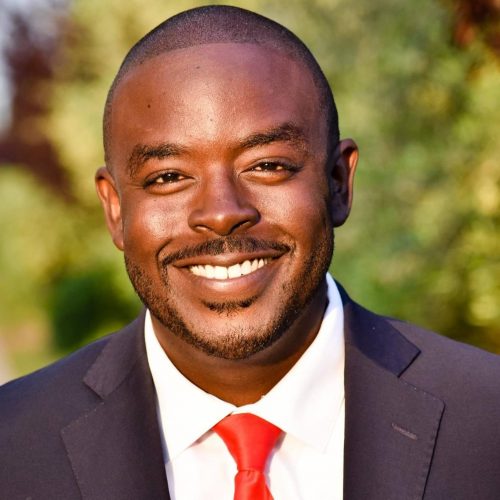 July 21, 2019 — If success is all about changing oneself first, than no one has done a better job than the renowned speaker John Leslie Brown. Just like his legendary father, John too has transformed the world around him. His latest publication, 'The HARVARD EFFECT: Communicate to Elevate' is unlike any other book in helping reader succeed in their life's mission.

"Why will the world be different because you were born?" The central question asked by John takes the readers into the nitty gritty of what it takes to realize one's dreams and live up to one's full potential. Among other things, the book shares a 100 plan for life, showing reader how to bounce back from failure. The other important issues discussed include resource management to virtualize oneself, rising to the occasion and the power of dwelling in gratitude.

For years John Leslie Brown has been helping entrepreneurs raise capital for their businesses. His mentor Berny Dohrman has raised over a billion dollars, and the CEO SPACE International is rated the No 1 network of the US in 2018. For the readers, there is a bonus tip from John: Keep working on the craft without tooting your horn prematurely. Work like an athlete daily.

Personal stories have a great market today, averaging $12 billion annually in the United States and over $64 billion globally. The top 5,000 speakers earn an average of $1.2 billion each year. But the challenges here can be difficult, including building a profitable brand for the long run.

The origins of the book go back to a speech delivered by John Leslie Brown at Harvard. John realized the need to take his message to another level when addressing the audience. The resultant speech was not only powerful, but also shocked his father with its content. John had done tremendous research, and gathered the very best at one place. After interacting with the students, it was decided to share the message of the speech with the world in a digestible form.

John Leslie Brown is the CEO of Brown Honor Inc, a company named after his biggest inspiration his 5-year-old son, Honor. When he was born, John's life was changed forever. John is determined to build a company for his son, so that he grows up having all of the opportunities and privileges that John grew up with.

About
Under the tutelage of his legendary father, Les Brown, John-Leslie Brown began speaking at the aleatory age of 10, later becoming the highest paid speaker in America at age 14 and commanding audiences as large as 20,000. by the time he reached his early twenties, John-Leslie began sharing the state with pioneers in business and entertainment such as The Dalai Lama, Richard Branson, T.D. Jakes, Gladys Knight, Bob Proctor, Berny Dohrman, Ice Cube, and Krs-One. Now in his early 30's John-Leslie has developed a unique ability to deliver passionate messages of inspiration which transcend cultural and generational boundaries. To learn more, please visit: www.LesBrownJr.com