J’Da Prynce has been thrilling audiences throughout Asia for the last two years, but is coming to America to launch his sophomore full length album. 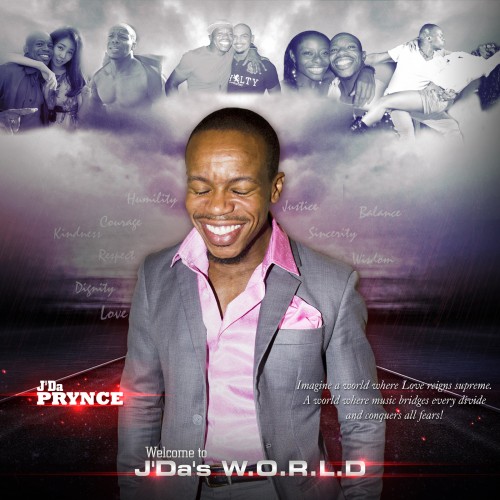 Atlanta, GA,, United States of America - - August 19, 2014 /MarketersMEDIA/ — JDa Prynce has spent the last two years heating up stages and selling out venues in Shenzhen, China, Singapore, Singapore, Abu Dhabi, United Arab Emirates, Bangkok, Thailand, Seoul, South Korea, and Beijing, China. All this hard work has resulted in an increasingly global audience for his work with the number of iTunes downloads growing every day as word of mouth expands his grassroots movement.

J’Da has had an unconventional route to stardom, abandoning a career as a public school teacher to work for Delta Airlines before devoting his full-time energies to the entertainment industry, and is now taking his international experience as inspiration for the forthcoming sophomore album, featuring producers from NYC to Asia.

His unique connections mean a hall of fame of producers, including Greg Illa of Liquor House Productions, Joe Mapp of Mapp N Traxxx productions and Xavier Raye who is as enthralling an entertainer as he is a producer, with more big names currently being kept anonymous.

The album, to be titled Heart Vs. Head, will be his first full length album since the 2008 release of Open: The Release-Ten Years in The Making, and promises no shortage of club bangers accompanied by more introspective and thoughtful tunes, that J’Da is creating to address the destructive energies that are currently plaguing our world from social media malcontents to government.

J’Da is hopeful that the release of Heart Vs. Head, through his indie label, Scorpeoblak Productionz, will bring him one step closer to working with some of his inspirations such as electric Lady, Janelle Monae and world activist, John Legend. After a brief visit to the US, the entertainment tailor will return to Asia with the goal of spreading his tailored brand of entertainment to the people of Malaysia.

“I’m excited about the growing number of fans,” J’Da says, “I’m encouraged that the music I create is beginning to hit the internet waves and people all over the world are signing up to become the next junior J’Da Prynces and J’Da Pryncesses. I’m extremely thrilled to begin working on my sophomore full length album in order to give the fans a taste of where I am now as an artist. I’m ecstatic about the opportunity to work with Mega K-Pop Producer, Brad Wheeler, who produced an album that won “Pop Album of the Year” at the Korean Music Awards this past year. We started building a connection through a mutual friend, and together we are creating magic.”

About J’Da Prynce:
J’Da Prynce, The Entertainment Tailor, is a socially conscious artist, who specializes in RnB, Pop, Hip-Hop and Dance, has experienced crossover success in Asia as well as establishing a firm following at home in the US. The artist is currently working on his first full length album since 2008, Head vs Heart.