Shell Racers is now officially opened for minting where players can get one of the 4,321 unique Shell Racers characters on the Solana Network 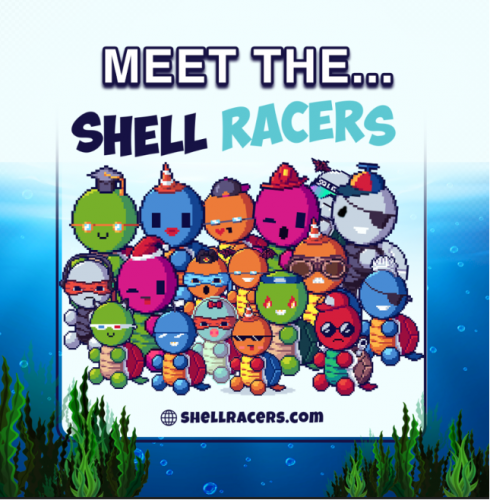 California, United States - September 22, 2021 /MarketersMedia/ — The Shell Racers team is excited to announce the launch of their collection in the SOL NFT ecosystem - 4,321 original Shell Racers characters that are now ready for players to own and race.

The first Solana NFT racing game, Shell Racers is a Mario go-kart style racing game that puts a player's skills to test. To participate in the race, players need to own a Shell Racer that they can mint at the base cost of 0.5 SOL.

Characters will be algorithmically generated from over 60 attributes with varying rarity to create a unique character with a special item that can grant power-ups useful for winning the race. Among the collection, the iridescent color attributes of Solana are some of the rarest in the game, coming in at less than 1%.

Each Shell Racer is a collectible computer-generated NFTs stored on the Solana network and can be traded among players. These freshly minted initial Gen 0 Shell Racers are final and there will be no further generations.

After the initial miniting stage, all early adopters will get exclusive access to join the first-ever Shell Race in its beta release. In this stage, the game will be tested rigorously before the official launch where updates and the full release will be out.

“Shell Racers is a collaborative community effort,” said a member of the Shell Racers team. He adds that upon the full release, the game will introduce new maps and include features voted on by the community, as well as receive localization with several languages and servers to make the game accessible around the world.

“Players can also expect even more fun with ranked mode and SOL staking as we reach the final stage of the game,” the spokesperson added. “There will be high stakes competition and leaderboards where you can truly test and prove your skills to become the top Shell Racer and even earn SOL!”

Shell Racers is run by a team of developers, designers, marketers, and community staff who are working to establish and grow the Shell Racers community. Their goal is to develop gaming staking mechanisms on the Solana Ecosystem and create a community where players can have fun, earn SOL, and put their go-kart racing skills to the test. The Shell Racer game is currently open for minting and players have a chance to get a unique Shell Racer from 4,321 available characters.