MarketersMEDIA Year End Sale is back for 2020! Reach  APNews, MarketWatch, ABC,  and more than 480 media outlets at up to 80% off! Check It Out Now
Sign Up Your Account Send Press Release
MarketersMEDIA / Newsroom / Independent Actor and Director Jr Michael to Launch TV Series, “Nightfall”

“Nightfall” has recently made it to a film festival in Brazil, making it a highly anticipated TV series. 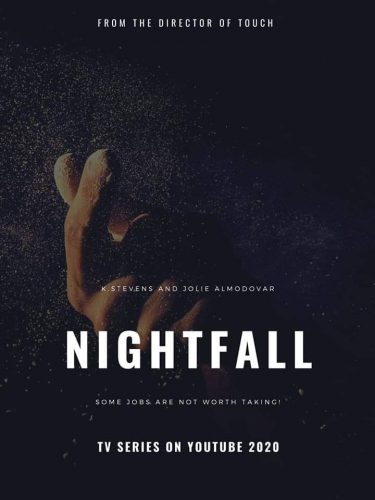 November 16, 2020 — For Jr Michael, success has always meant not greatness, but consistency blended with passion. After being recognized as an accomplished actor and entrepreneur, Jr Michael is taking the next step in his dream journey with the soon to go live TV series, "NightFall".

The independently produced “NightFall” will bring new excitement to the small screen with a riveting storyline. Jack Walker is Military Secret Ops and is back to civilian life after a grueling six years in service. After the disappearance of his wife and child, Jake undertakes a mysterious mission to bring legal immigrants across the border. On the way, he finds out the fate of his wife and child, along with the unveiling of the dark nightfall of sex trafficking.

“Nightfall” has recently made it to a film festival in Brazil, making it a highly anticipated TV series. For Jr. Michael, it is the beginning of a new stage in his long career, which began at the New York Institute of Technology, where he studied to become an actor after abandoning plans to join the tech industry or play basketball.

Jr. Michael is a recognized independent actor, director, scriptwriter, producer, and the CEO of Life Destiny Miracle LLC. Based in New Jersey, Jr. Michael is famous for the short film, ‘Stranger in the Dark’, the web series, ‘New York Story’, the award-winning short, ‘Vengeance is Mine’. His other credits include Law an Order, Syriana, Minority, Sopranos, I am Legend, Fighting, and Stick’em up Kids.