Recent medical findings on the impact of concussions on NFL and NCAA football players has provided fodder for debate on the importance of player safety and the continuation of the sport itself. Equipment companies have stepped up to reduce injury through technology. 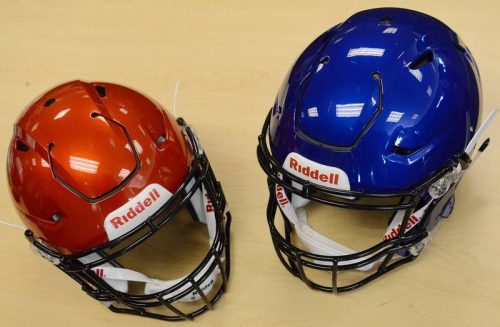 Miami, FL, United States - September 8, 2016 /MarketersMedia/ — In the 2015 NFL season, diagnosed concussions suffered by players increased by 58% over past seasons sparking an alarming development for players and owners alike. Brain injury has become a topic for debate to eliminate the NFL completely and has had an impact on the participation of high school aged and younger players across the country.

“You just don't know if your child is going to get hurt,” said the mother of three boys, Stacey Hall of Maple Grove, MN. “My boys all play football and hockey, and I want them to play. A scrape or bruise is one thing, and I expect those. But I check them for any sign of concussion after every game. So far, so good!”

The increase of brain injury at the professional level has brought about change to the way the entire NFL looks at self-reporting and concussion protocol across the league.

“Collectively, we’ve begun to see a culture change among the players and the coaches with more attention toward injury and self-reporting,” Harvard Medical School professor Elizabeth Nabel, the NFL’s chief health and medical adviser and president of Brigham and Women’s Hospital in Boston, told the New York Daily News.

One of the most impressive strides toward player safety and protection from collision-caused concussions is the high tech designs of the helmets. Riddel, one of the largest providers of equipment to the NFL, has introduced the “cantilever” among other design improvements in its Speedflex helmet for the NFL 2016 season.

“The cut-out at the front of the helmet is designed to offer more flexibility,” offered NFL trainer, Manning Sumner of Legacy Fit Miami. “In addition, the chin strap has been redesigned for the first time in decades, the use of a memory foam type material, airbags and a more secure fit should have a profound impact on brain injuries this season.”

As the founder of Legacy Fit, a professional athlete training facility and bootcamp gym in Miami, FL, Sumner, a former NCAA football player at Auburn University and current trainer for many NFL players throughout the league, is well-versed in the dangers of the sport.

“Helmets have needed to improve for player safety for some time,” Sumner explained. “It's a great step in the right direction. The NFL is working hard to make the game as safe as it can be. Requiring that players wear the most technologically advanced protection is the right move.”

Self-reporting of concussions has been and may continue to be a problem in the league due to not only health issues but the financial impact a concussion has on the players themselves.

“When you think of salary loss that happens when players are taken out of the game with concussions, you know that players are actively avoiding getting diagnosed,” said founder of The Concussion Legacy Foundation, Christopher Nowinski, in the New York Daily News.

The eventual implementation of an “impact sensor” within the helmet design will alert the sideline of a particularly severe hit on the field, offering the trainers opportunity to examine the player without the need for self-reporting. This technology is currently in beta testing in several NCAA football programs and, with success, will likely become a standard part of NFL helmets as soon as the 2017 season.

“The NFL is serious about player safety,” added Sumner. “They called off the Hall of Fame game for the sake of player safety, as they well should have. We're seeing a responsible and accountable NFL league with a commissioner who takes the safety of NFL players more seriously than ever.”

For Franchise information on Legacy Fit, go to www.legacyfit.com/franchise

To participate in an introductory bootcamp class at Legacy Fit visit miamifl.legacyfit.com/sign-up-now

**JD Arbuckle is a freelance journalist specializing in fitness, health and both professional and amateur sports.