Hyphened-Nation – Poised to Advance the End of an Hyphenated America

Members of Hyphened-Nations are encouraged not to check the box on applications that ask for their ethnicity, wear a unique wristband and contact their state representative to support the efforts to end ethnic minorities from being miscategorized as Hyphenated Americans. 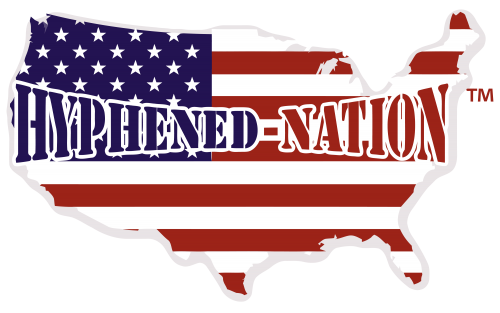 CLAREMONT, CA , United States - May 27, 2016 /MarketersMEDIA/ — The days of ethnic minorities being labelled as an Latino-American, African-American or Asian-American may soon come to an end following the launch of the social movement, Hyphened-Nation.

There is no doubt that hyphenation creates separation and many problems for individuals placed in these categories. In fact, it was former American President, Theodore Roosevelt, who said: "A Hyphenated American is not an American at all." But Hyphened -Nation is on a mission to change all that.

The movement was founded by Nicole Draffen and was inspired by her travels overseas. She said: "Living abroad was an eye opening experience. I grew to understand certain aspects of American culture better, the longer I lived overseas. The differences were startling, and lead me on a journey to understand why the United States is one of the only, if not the only country, that hyphenates its citizens by ethnicity before nationality."

Several movements have been formed advocating for equality of different minority groups. But Hyphened-Nation is one of the few social movements fighting for equality for all ethnic minorities in America. Launched on April 20, 2016, support for the movement is growing rapidly. To date Hyphened- Nation's Instagram page has more than 8,329 followers and 5226 Twitter followers.

Members of Hyphened-Nations are encouraged not to check the box on applications that ask for their ethnicity, wear a unique wristband and contact their state representative to support the efforts to end ethnic minorities from being miscategorized as Hyphenated Americans.

The movement also inspired the book, Hyphened-Nation: Don't Check the Box. This dynamic book is about the author's insights while living in the UK and her experience of being treated as an American, rather than as a hyphenated one. It also focuses on ways the U.S. and Europe differ culturally via media, and how a bridge might be created.

Hyphened-Nation: Don't Check the Box is available in Kindle format on Amazon.com for a retail price of $3.99. For further details or to join the movement, visit: http://hyphened-nation.com.