While the political arena has been pitting even the most peaceful voters against each other in what is being called the “Most Important Election of all Time”, Hurricane Sandy proves to the world that Americans still come together to give each other a helping hand. 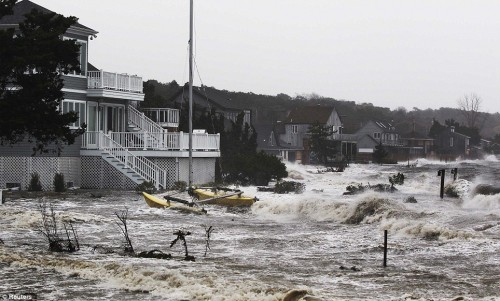 November 6, 2012 /MarketersMedia/ — Amidst one of the most heated election campaigns in the history of the nation, Hurricane Sandy hit the east coast in full fury. No one seems to care at this point who is voting for which candidate, or if you stand in the Romney or Obama corner. The only concern is for each other’s safety from the ongoing path of devastation Sandy left in her wake.

The devastation has been so far reaching that FEMA sent a message that there could be serious delays. Because of this, volunteers are banding together from the private and religious sectors to lend a hand with almost every state coordinating teams of 100 plus volunteers ready to disperse throughout the east coast to offer whatever aid they can. \"The response time that’s normally 24 to 48 hours is going to be drastically reduced,\" said Tom Panuzio, a FEMA consultant. \"In other words, FEMA is not going to be able to get supplies in there soon enough because the storm is going to affect such a large area.\"

Volunteers as far away as Hawaii are banding together to beat their own paths to those most affected to offer whatever resources are available for them to share. In the meantime, faceless strangers become lifelong friends as hands reach out to help each other get through this emergency. Nothing can describe the heartbeat of America quite like this. Differences are put aside without a second thought as we focus on taking care of our own.

Social media outlets such as Facebook and Twitter are being used to communicate every sort of event from organizing and deploying volunteers, to announcing where people can go for food, shelter and other necessities. To help those who don’t have power to stay up to date through all of this, everyday citizens who have power are stepping up to bat. They are placing extension cords out into the streets along with signs that read, “We have power. Please feel free to charge your phone.”