Hurricane Sandy Continues to Leave 25% Wireless Customers Out of Service

While the damages are still being estimated across the states affected by Hurricane Sandy, it proves that wireless communications have more room for improvement. 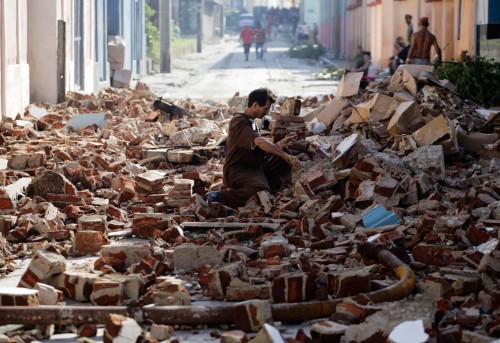 November 6, 2012 /MarketersMedia/ — The worst thing that could happen during an emergency is to realize that 911 is not operational, but due to gaps in wireless technology, that is precisely what happened to the states hardest hit by Hurricane Sandy’s wrath. While many of the 911 hubs have been able to reroute, there are still issues. Along with 911 failing to operate through the hurricane, as many as 25% of wireless customers are out of service four days after the storm has passed. Many experts and analysts are stating that this is solid proof that wireless and digital technology still have a long way to go in regards to being considered reliable means of communication.

While AT&T and Verizon Wireless have been able to transport temporary cell stations, the work is slow going. Verizon was able to set up Wireless Emergency Communications Centers (WECCs) in various places in New Jersey. These stations serve to offer device charging and free domestic calls until regular services can be restored.
Moving forward, technology needs to focus on creating more sustainable solutions for emergency and backup communications in the events of natural or other types of disasters. In the meantime, analysts are stating that the tried and true, old fashioned wired systems should not be abandoned so quickly. POTS, or plain old telephones that run with copper wires were built with emergencies in mind, where new technology has fallen short.

“Copper-wire phone networks were built with stability and dependability in mind because they were public utilities and were supposed to withstand hurricanes and floods,” said Harold Feld, a senior vice president at public interest group Public Knowledge.

In the meantime the wireless technology services and the FCC will begin to take a second look at their contingency plans.

"Overall, we're seeing both continued improvement in communications networks and also that much work remains to be done to restore service fully," FCC Chairman Julius Genachowski said in a statement. "The supply of fuel to generators is essential to keep communications service up and running, and we're working with federal, state, and local authorities to speed fuel delivery."