Sign Up Your Account Send Press Release
MarketersMEDIA / Newsroom / Hunter Experts Investigates the number of hunters in the U.S.

Hunter Experts Investigates the number of hunters in the U.S.

As of the hunting statistics taken by the U.S. Fish and Wildlife Service National Hunting License Data, it has been discovered that the amount of hunters has increased over the years. 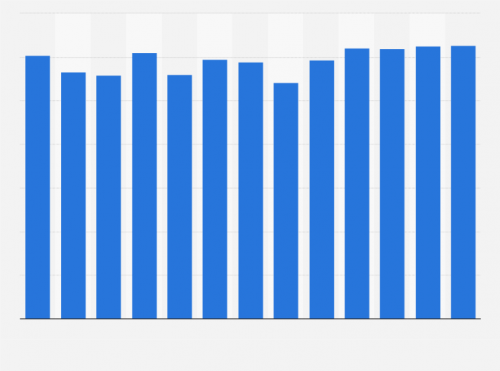 January 22, 2021 /MarketersMedia/ — As of the hunting statistics taken by the U.S. Fish and Wildlife Service National Hunting License Data, it has been discovered that the amount of hunters has increased over the years. This has been taken with consideration of the number of licenses being issued out every year.

In summary, it is noted that there are a total of 38,854,259 hunters in the U.S. This covers about four percent of the total population in the United States.

However, along the line and in the next year, the number of registered hunters dropped. The reason for the drop is not clearly stated, but in 2019 about 1,106,209 fewer registered hunters in the U.S. But, there were still a total of 35,900,913.

Despite all the happened in 2020 and the pandemic situation, the number of registered hunters still went up and rose by 2,953,346. This is an excellent landslide compared to the amount of increase gotten throughout the last decade. So for how many Hunters have a license in the U.S., it is placed at 38,854,259.

Knowing the most Hunted Animal in the U.S. is easy as there are just a few animals that top the list. No matter the weather or the season, the White-tailed deer is always available and serves as a last resort for even those not already deer hunters.

Among the millions of certified hunters already registered in the United States, a majority of them have had to hunt deers. Apart from the whitetail deers, other popular animals are currently hunted in the country—other animals like the black bear, elk, Pronghorns, and the muley deer.

According to the statistics gotten from the U.S. Fish and Wildlife Service National Hunting License Data, the Rhode Islands covers just 0.7% of the total hunting population. This is a low number compared to the number of states that are in the United States alone.

With all the research done by hunterexperts.com, it is estimated that only four percent are licensed hunters of the total population of those in the United States. In the coming years, there are more speculations for hunters would drop.