How 69% of Grandparents Unknowingly Endanger Their Grandchildren on Facebook

GrandparentsAcademy.com founder Aaron Larsen vows to help keep grandparents and their loved ones safe with release of online safety course for grandparents who use Facebook. 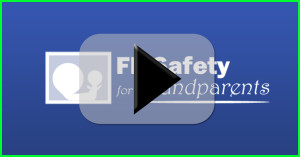 Roseburg, OR,, United States - - August 29, 2014 /MarketersMedia/ — Facebook is an easy way for grandparents to connect with family members – their siblings, children and even their grandchildren. The social networking web site is one of the more popular modes of connection on the Internet, and there are millions of users. That means there are millions of strangers who can see information about a user themselves and anything they post about their grandchildren – whether they realize the risk or not.

Aaron Larsen, founder of GrandparentsAcademy.com created a course on Facebook Safety for Grandparents designed to help men and women in that age group to connect with and share information with friends and family on Facebook in a safe manner. Larsen created the course after an incident with his 86-year-old grandmother left him unsettled.

"Grandma had some information made public that could potentially be used to harm her. So I sat down with her and went through each setting so she understood what they were, how to get to them and how to change them,” he said. "I wondered, 'How many other grandparents are on Facebook that could use some help with these security settings?'. So, I took a look."

Within seconds, he’d used the social media site’s graph search to easily identify thousands of grandparents around the United States. After looking at hundreds of profiles, he made a few findings:

He was shocked at what he found.

“Loving grandparents who are watchful and protective of their grandchildren in public locations often return home and publicly expose sensitive pictures and information about themselves and their loved ones on Facebook - the biggest "public park" in the world,” Larsen said. They think there isn't any danger. But they are dead wrong.
With online identity theft targeting seniors on the rise and the constant threat of child predators, now is the time for grandparents to understand how to use the internet safely. Larsen has found that most grandparents either are unaware of, or haven't taken the time to adjust their Facebook security settings.

For those who don’t have family members nearby to help them navigate the social media site’s ever-changing security settings, or for those who don’t want to take the time to change their settings alone, Larsen designed an online course for grandparents, complete with videos and printable instruction sheets to make this task easier and reduce the safety risks associated with Facebook use.

"Grandparents who want to learn how to protect themselves and their loved ones on Facebook will be able to understand and lock down their profiles in less than an hour's time. It's like sitting on the couch with a slightly nerdy and caring surrogate grandson. This course would be a great gift this Grandparent's Day for any grandparent who uses Facebook.” Larsen said.

Registration fee for the class is $37. Enrollment information for “FB Safety for Grandparents” is available at GrandparentsAcademy.com.

A free tutorial showing grandparents how to audit their profile for privacy risks can also be found at GrandparentsAcademy.com.