After several years of strong and steady increases in residential home sales and prices the San Antonio market shows no signs slowing. 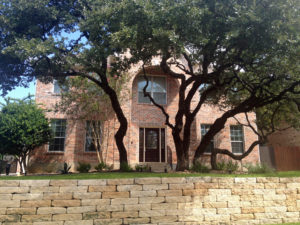 “Population growth and employment are the key drivers of any city’s residential real estate market and we are getting plenty of both in San Antonio,” stated R. D. Campbell, owner of San Antonio Home Buyers, a group of house buyers in San Antonio. “And with our lower inventory levels we are seeing multiple home buyers making offers on a single property. This competition is leading to offers above the asking price for the home. The advantage goes to those who are swift or can make all cash offers or both,” he said.

A recent report released by the San Antonio Board of Realtors documented the upward trends in the residential housing market. One of the most significant numbers released was the 32,000 sold homes in 2018. That was an all-time high for residential transactions. Prices also saw corresponding up-trends with a five percent increase in the median sale price to $225,600 for 2018. Inventories of homes for sale have ranged between 3.2 and 3.6 months which is near historic lows. A normal inventory level is considered to be five or six months of inventory.

“We have also seen a sizable jump in the sales of higher prices homes above $350,000. This suggests that there are more home buyers in San Antonio with higher levels of income. Employment in the technology and medical sectors is strong as well as the military. However, San Antonio still remains one of the most affordable large cities in the country. Almost 40 percent of all home sales last year were below $200,000,” commented Mr. Campbell.

San Antonio’s population is above 1.5 million people and when the broader metro area is viewed the population number nears 2.5 million. Census numbers document San Antonio’s growth rate to be more than the double the national rate during the seven year period between 2010 and 2017. This type of rapid growth fuels demand for both rental and owner occupied housing.

“We are five months into 2019 and the upward real estate trends in San Antonio are very similar to last year. In addition to being one of the most historical cities in the United States, San Antonio is also one of the most desirable with a great climate and low cost of living. When compared to Austin, with average home prices in excess of $400,000, we look like a bargain. Plus we have some really good Mexican food here,” said Mr. Campbell.

San Antonio Home Buyers is focused on buying houses from home sellers who need to sell quickly, have a life changing event, or have a house that is in need of numerous repairs. They often buy houses, repair and remodel them, and then put them back on the market with a traditional realtor.