Tayong’s new EP Trio speaks volumes about the artist. The entire composition is typical of Tayong’s signature sound inspired by old school but with noticeable and vivid elements of 90's/00's Rnb. 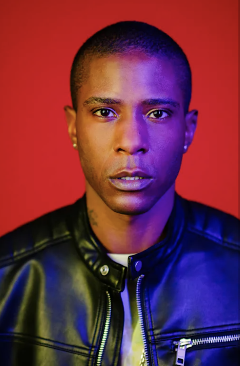 February 17, 2021 /MarketersMedia/ — RNB singer Tayong just released his new EP single Trio and fans are loving it. With Trio, Tayong is proving his sophistication and maturity as a Hip-Hop artist and songwriter who isn’t planning to stop now. Lovers of Hip-Hop, RNB and Rap will do well to lookout for this Indie artist who plans to release many more singles in 2021.

Tayong’s new EP Trio speaks volumes about the artist. The entire composition is typical of Tayong’s signature sound inspired by old school but with noticeable and vivid elements of 90's/00's Rnb. There is also a slight hint of EDM, a consistently emerging trend that is firmly entrenched in contemporary HipHop music. Trio starts off with a melodious smooth sound that cleverly blends into a well delivered rap rendition distinctive of his music. As all fans of Tayong know, the artist pens his own lyrics and engineers his own music. In Trio, too he has done the same superbly creating the latest example of his art that shows how Tayong is truly an artist with the ability to keep the listener engaged as he flows effortlessly over any beat and consistently switching the flow making no two versus sound the same.

Tayong is an Indie HipHop artist from Luton, UK. His passion and dedication to his musical career has seen him working alongside famous Rap legend Erick Sermon who produced ''No Fear'' for his last album ''Incipience''. He has also worked closely with Wu Tang/Redman engineer Josh Gannet and collaborated on several songs with Black the Ripper before his untimely passing. Tayong is an inspiring Hip Hop artist filled with integrity and diversity. Whether his music is inspirational or an anthem of his endearing arrogance, Tayong will have a unique way of engaging his audience and is clearly a name to watch out for in 2021. Trio is available now on Spotify.