The team, comprised of a diverse group of top high school athletes, converged on the United Sports Complex last Sunday to battle teams in front of college coaches as their recruiting year quickly approaches 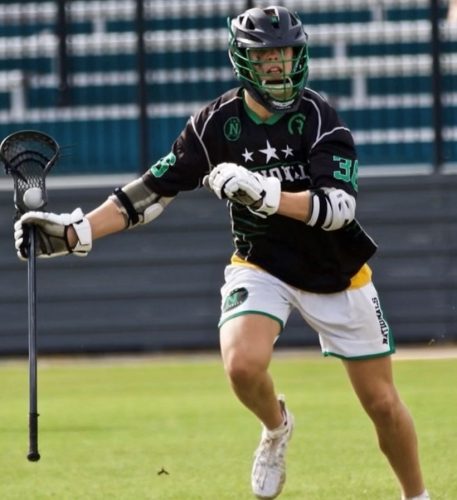 Downingtown, PA - November 28, 2021 /MarketersMEDIA/ — The Nationals LC were among the many teams of particularly sought-after lacrosse players who attended the NXT Invitational showcase and tournament in Pennsylvania. This event is highly-attended by college lacrosse coaches. According to the NXT website, “The Boys Philly Showcase & Invitational weekend is NXT's flagship weekend and welcomes coaches from every DI conference.” Loaded with talent in every field position and led by experienced coaches, the Nationals 2024 team captured the attention of the crowd and coaches alike.

Led by coaches, Desi Gonzalez, Josh Field and Michael Evans, the Nationals is one of the most ethnically diverse teams in the circuit. Carrying players of various backgrounds, who also represent their heritage on national teams such as Iroquois, Puerto Rico, Ireland, Canada and Team USA. Touting a high standard of academics, conduct and accountability, as well as Division I recruitable athletes, Nationals LC is the team to watch when they are in attendance.

The tournament took place on Sunday, which followed an individual showcase day. Nationals left-handed attackman and Sophomore, Luis Gonzalez, was selected as the 2024 NXT Showcase Most Valuable Player. Gonzalez remained heavily guarded on Sunday during competition, but he managed to find the back of the cage on a few occasions.

An 8:50AM game started the day off for the Nationals; first up was Joey Sankey’s Team 11. Head Coach, Desi Gonzalez, called an early-game timeout just a few minutes into the first half. He must have said something inspiring, because the team rallied with goal scorers emerging from all sides of the field including Sophomores, Shaun Highly and Bodie Kahoun who both found the cage twice off of alley dodges from the midfield to help lead the team to an 8-3 victory.

The Nationals’ second game was against Team One Academy. Led by a strong pair of face off athletes, Jimmy Son and Logan Powell, the team put 17 goals up before hitting the brakes late in the game; putting on a clinic of assisted goals and a behind-the-back diving shot by Daylin John-Hill that was featured by Inside Lacosse. With strong downhill dodges initiated by Midfielders Kyle Mcarthy, Matt Evans, Shaun Highly and Bodie Kahoun, attackmen, Luis Gonzalez, Noah Snyder, Michael Evans, Josh Heaney and Matt Hamill hit their marks at will. The Nationals were on fire in this game and several players had highlight reel goals, including Michael Evans who racked up two goals early in the second half, leading to a dominant 17-1 win.

The final game of the day was against Blue Star Lacrosse, a highly respected club from New Jersey. Supported heavily on the defensive side by Goalies, Troy Capstraw and Henry Waisburd, the Nationals defense is home to some of the strongest and most athletic defenders in the country, including Marcus Acevedo, Max Field, Burke Tribble, Ryan Lunstead and Bradley Griffin. From the first whistle until the final moments of the game, the Nationals maintained the lion’s share of the ball, advancing the team to their final win of the day.

Driven by the structures of diversity, equity and inclusion, the Nationals Lacrosse Club is not only a place for the athletically gifted student athletes, but a vehicle of opportunity for players from all backgrounds. Follow the Nationals LC at www.nationalslax.com.