Henry Ike announces the Release of His New Book, Rising Above: Struggling Through Chaos, The Henry Ike Story

Henry Ike is pleased to announce the release of his new book, Rising Above: Struggling Through Chaos, The Henry Ike Story. 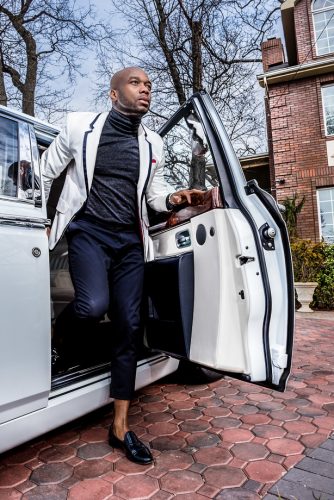 Miami - January 18, 2019 /MarketersMedia/ — Henry Ike is pleased to announce the release of his new book, Rising Above: Struggling Through Chaos, The Henry Ike Story. The book along with Ike’s non-profit community work and social media presence are designed to inspire rising, young entrepreneurs. Born in Nigeria, amid chaos and poverty, Henry Ike has risen above his early challenges to gain success in the world of real estate. The book, Rising Above tells Ike’s rags to riches story, including his fall from grace as the dark side of success drew him in, and his rise from the ashes to the successful entrepreneur and philanthropist he is today.

The story of Henry Ike begins in Nigeria where his family faced a world of poverty within the country’s struggling economy and corrupt government. When his sister, Jane, was diagnosed with a life-threatening condition, the family was granted a medical visa and made their way to the United States for her medical treatment. With little money, they settled in Queens, New York, in a 150 square foot apartment. Ike made it his mission to help and got an afterschool job at Sears, where he excelled at sales. At 18, he acquired his real estate license, and soon money and success followed.

With money and success in hand, Henry Ike helped his parents financially. Henry Ike had some ups and down in his life so far, hence the book's name Rising Above: Struggling Through Chaos, The Henry Ike Story. The book showcases how he would once more need to rise above and to do so he would have to learn from his mistakes. Now, Henry aims to give back to the community through his non-profit outreach programs which teach financial literacy and basic business skills in the hopes of eradicating poverty.

“I have discovered in life that there are ways of getting almost anywhere you want to go if you really want to go. Rise Above tells my story and speaks this truth, ‘when life knocks you down, you rise above.’” Henry Ike

About Henry Ike
Henry Ike (aka Sir Henry Ikezi) is a retired real estate mogul, investor, musician and author based in Manhattan, New York. As a teenager, he discovered his niche in sales, recognized as the Best Sales Person at his part-time position at Sears. Shortly after, he obtained his real estate license and honed his skills, starting his first successful company, Homes, Ltd, as a teenager. Today, in addition to his position as CEO of Circle Fine Homes, he works to uplift and empower his community through his non-profit community service efforts. He has also launched his own music label, YSM MUSIC LABEL, aiming to discover and promote hidden gems to help them share their music and story to the world.