Every song beat, and lyrics from the German native has been holding millions of fans spellbound. He’s a young man with raw talent, exceptional skills, and a strong desire to take charge 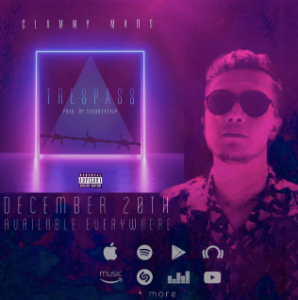 Germany - December 9, 2020 /MarketersMedia/ — There are many music artists across doing world doing amazing things, but one thing Glammy Mars stands out from the crowd as a gifted creative mastermind who always has a powerful message for the world.

With incredible production skills to match his singing, Glammy Mars truly embodies the independent and dynamic spirit of the modern-day millennial. He always comes through with stylish and highly melodic vocals. The solo-artist is fast becoming a powerful voice in the industry and many expect him to be one of the few to lead the game in the near future.

The artist currently has two singles, “Freezing Notes” and “I’m Lost,” which are already gaining massive views and streams on social media and music streaming platforms like Spotify and Apple Music. These are songs that will hit anyone right in the heart from the first word and beat. The artist did magnificent work with the two songs working with powerfully dynamic beats and a seriously stunning design to the atmospheric vibes.

Glammy Mars is a native of Germany. Throughout his adult years, he has been following the blueprints left behind by trailblazers and titans of the industry, having met with Chris Martin, lead singer of Coldplay, Kevin Gates, and Russ. His songs, production, and style are heavily inspired by Canadian artists like 88Glam, The Weeknd, and NAV. These artists and producers have inspired Glammy Mars, helping him rise to the level of their greatness and follow a unique path.

Glammy Mars ain’t stoppin’ ‘til he takes the throne where he rightfully belongs. He invites everyone in the world who enjoys exceptional music and unique artistic creativity to Join him as he rises through the ranks to dominate the scene with his raw and real perspective, along with savagely unfiltered lyricism. Glammy Mars has got bars for days and a hybrid signature style of his own that is fully equipped to secure a legacy of excellence from performance to production and a lifelong music-career.

His next project is ‘TRESPASS,’ a record set out to break the internet being the first of its kind. ‘TRESPASS,’ released on December 20th, is produced by none other but certified Platinum producer CashMoneyAP. There is a long list of notable credits, including Migos, Pop Smoke, Ty Dolls $ign, Tyga, and many more.