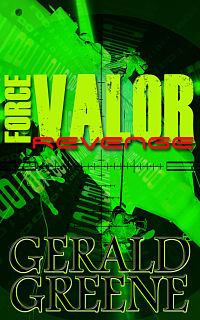 December 8, 2012 /MarketersMedia/ — The new book, titled “Force Valor Revenge”,is written by Gerald Greene. Mr. Greene has been working since May, 2012 preparing for publication the first book in the Force Valor series. Today, it can be purchased by the public in digital form for an introductory price of $3.99.

"The book Force Valor Revenge focuses on a new threat to modern civilization", said Greene."For years malicious freelancer hackers or those working in groups such as Anonymous used the Internet and devices such as thumb drives to spread viruses and computer worms to computer networks. Now we must learn to deal with cyber warfare and cyber terrorism where state-sponsored hackers and computer scientists cause alterations to software programs that control computer operations. Malicious altering of software can damage or destroy computers and networks with catastrophic results. Infrastructure such as electric power generating plants and oil refineries can be crippled as a means of warfare."

In his new book, Mr. Greene demonstrates his firsthand knowledge of living conditions and cultures in South Asia and South East Asia and current politics to write a techno thriller novel in realistic docudrama style. Greene is a Vietnam War veteran and draws upon his military experience and interest in military affairs as well as research for the 2011 and 2012 On the Brink - War with Iran series of books to add detail to Force Valor.

Mr. Greene draws upon twelve years of experience of living and working in Thailand, Hong Kong, Taiwan and Pakistan. Notes of conversations with mercenaries and US Marines fighting in Iraq and Afghanistan while they were on leave adds realistic dialogue and accounts of hardship and courage to the book.

Greene explains,"There is nothing like living in a country as a local to gain an understanding of foreign cultures. A vacation trip of a week or two doesn't cut it. Staying in a nation long enough to make good friends with locals and to share food, drink, and conversation in their homes makes a huge difference." Greene adds that characters in the Force Valor series are modeled after friends and acquaintances met while living overseas.

Gerald Greene's book, “Force Valor Revenge" is now available for sale through Amazon. In January,2013 distribution is planned to be expanded through Smashwords. Gerald is available for interview requests and to send review copies to media personnel.