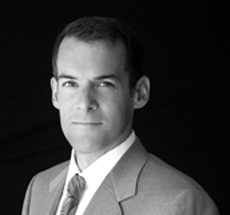 Santa Fe, NM,, USA - - June 24, 2014 /MarketersMEDIA/ — The Fourth of July is a popular holiday in New Mexico, and even more so when it falls on a weekend, as it will this year. Many residents spend at least some time on the road as they travel to parties, fireworks displays or to spend some recreation time at one of the state parks. Luckily, The Szantho Law Firm reports that, due to a program launched by the New Mexico Department of Transportation in 2007, driving during the holiday period appears to be safer than it had been in the previous decade and a half, with rates of accidents declining significantly from 2007 to 2008 and remaining low since.

“In the 1990’s and early 2000’s we were seeing accident rates of four to five per hour over the Fourth of July holiday periods,” says Andras Szantho, founder of The Szantho Law Firm. “However there is a noteworthy drop in the rates of accidents, down to three to four accidents per hour, beginning in 2008, coinciding with the second year of the ‘100 Days and Nights of Summer’ campaign.”

The Szantho Law Firm looked at publicly released traffic crash reports that included data between the years of 1993 and 2011. They then determined the average number of crashes per hour for a given year in order to compare years with a weekend holiday period of up to eighty hours included versus a mid-week period of as short as thirty hours.

The results showed that recent efforts by law enforcement have helped to curb the problem of holiday accidents. The ‘100 Days and Nights of Summer’ campaign launched in 2007, and by 2008 there had been a large decline in the average number of accidents per hour, from an average 4.67 accidents per hour in 2007 down to 3.58 in 2008.

“Law enforcement has really worked hard over the past few years, and because of that we’ve seen a significant reduction in the rates of accidents over the Fourth of July Holiday,” concludes Szantho. “However, we can do little things to make the weekend even safer for everybody: designate a driver, drive safe, and report dangerous driving.”

The Szantho Law Firm has offices in both Albuquerque and Santa Fe, New Mexico. They handle a variety of personal injury cases, including: bicycle accidents, automobile accidents, slip-and-fall, traumatic brain injury, medical malpractice and more. They can be reached for a free consultation at http://www.szantholaw.com or at (505)-820-3366.