According to Lax Mafia Directors, it’s the opportunity for their players to compete in the National Lacrosse Federation’s events that gives them the edge over local-only players. 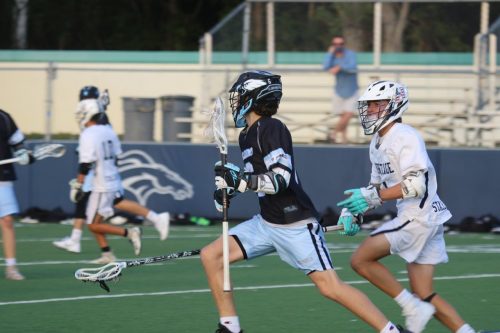 United States - May 14, 2021 /MarketersMEDIA/ — For many years, the lacrosse hotbeds in the United States were New York, Maryland and Massachusetts – mainly northeastern areas. More recently, lacrosse has grown in southern states. Georgia and the Carolinas have produced some nationally ranked teams and players. Recently, the State of Florida’s once youth lacrosse players are now hitting the varsity stage, but in a way not many people would have predicted. Scores of division I college commits are emerging out of the sunshine state and many more are in contention. Lacrosse has been around in Florida for many years, so why the sudden dominance on the national stage? There’s a reason that is driving this change of landscape in Florida and turning the tides in the once hotbeds.

Traditionally, Florida youth programs were run by volunteer parents and that trickled into the local travel lacrosse leagues. In the last 5 years, national brands have emerged in Florida. With those national brands also came the coaching and more importantly, the ability for Florida players to combine with northeast players and compete in the hot beds against top competition. The first nationally recognized programs to gain momentum in Florida were Sweetlax, based in upstate NY and Team 91, based on Long Island. Sweetlax and Team 91 Florida were quicky followed by other national brands, such as the Crabs (Baltimore), Express (Long Island), Lax Mafia (NY) and more recently, True Lacrosse (Illinois). As a result, many of the smaller, more local programs were mostly bought out, merged with or simply replaced by the national brands. Soon after this occurred, the once-all-local tournament schedule for more competitive players were replaced with trips to Maryland, Long Island and Massachusetts where the Florida athletes began to compete against the best the sport had to offer. After several years of competing at the next level, they have all entered high school with an elite level of talent and experience.

While some of the state’s elite players have elected to play for nationally ranked high school lacrosse programs outside of Florida, such as Boys Latin, Salisbury and Culver Military Academy, others have joined their local varsity programs and made some waves in the 2021 season.

Caleb Coleman, a sophomore at Bolles School in the Jacksonville area tallied 54 points, while his teammate Spencer Surface (Sophomore) rung up 51 points this season. Both Coleman and Surface have been playing with national programs, True Lacrosse, Nationals LC and Lax Mafia in the Northeast for several years.

Before transferring to Salisbury in Connecticut, University of Denver commit, Aiden Aitken was dominating the fields in the Palm Beach area at Kings Academy. Aitken has been playing in the Northeast with the Sweetlax program for several years on their 2022 team.

In Boca Raton, a pair of freshman brothers, originally from Long Island, joined several of their teammates from Lax Mafia at Saint John Paul II Academy (14.9 strength of schedule according to Max Preps). Michael Evans (freshman) scored 22 points this season, while his brother, Matthew Evans (freshman), made his mark with 24 points. Both made Honorable Mention in their district which is loaded with teams in the top of national rankings. They were joined by freshman, Marcus Acevedo (All District Honorable Mention) of Boca Raton, who plays club ball for Nationals LC and Lax Mafia and made an impact on the defensive side of the field with his teammate, Dominick Deering (freshman) who plays for Sweetlax Florida and was recognized with 2nd Team All District honors for his accomplishments this season. Long Island native, now living in Boca Raton (Lax Mafia), Ryan Mclaughlin (freshman) had a .745 winning percentage at the faceoff before a season-ending injury mid-season. These freshmen had the opportunity to play alongside 2 High Point commits, Trevor and Travis Dick (Sweetlax FL) and under the leadership of former division I players, Andrew and Michael Bolger of St. Johns Lacrosse program.

With current and former professional lacrosse players, such as Doug Shanahan (True Lacrosse), Jake Deane (True Lacrosse) and many others who have found a home here in Florida, coupled with the national brands which bring national exposure, there’s an expectation to see more Florida players on the college stage now and in the future.