ENDS IN
Get Your Press Releases for up to 70% off ONLY in September! Save Now
Sign Up Your Account Send Press Release
MarketersMEDIA / Newsroom / FlexTexts: The Automated Texting Platform Revolutionizing the Fitness Industry 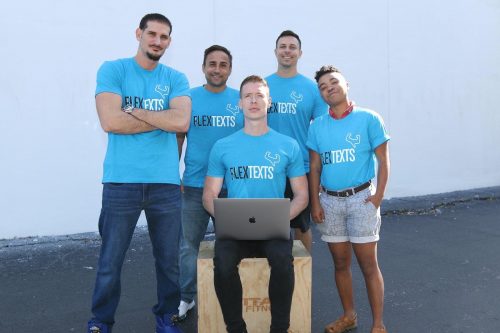 January 13, 2020 /MarketersMedia/ — FlexTexts first began when gym owner Joey Morgenstern of CrossFit Showdown, saw a need for a quicker and more efficient way of communicating with his current members as well as potential ones. He realized that the average gym owner struggles to effectively communicate with their audience and often spends chunks of misused time trying to do so. In order to find a solution, Morgenstern reached out to friend and fellow entrepreneurs Yaniv Mindell and Nathaniel Williams, and so began the birth of FlexTexts.

After using an early form of the software, founder Morgenstern was able to double his business in a mere six months. Through FlexTexts’ ability to easily send personalized mass text to his client database, memberships and engagements spiked. As a now avid user and advocate, Morgenstern states that “As a gym owner, I understand the hurdles and frustrations that come along with owning a gym. I genuinely wanted to help, while also increasing their bottom line”.

Whether cultivating and nurturing new leads or simply reaching out to their member base to announce schedule changes, the Flextexts’ software is disrupting traditional management and marketing tactics. The team believes it can help nearly any gym owner reduce cancellations and increase paying members. Any technologically challenged user can jump in and use the service the first day of onboarding. Flextexts’ founder and gym owner, Morgenstern personally handles the demonstrations to gym owners and imparts his own knowledge of gym ownership and integrating the technology to maximize the utility that FlexTexts offers.

The team at FlexTexts is so confident their software can help gym owners they are offering use for free to prove its value.

About the CEO:
Yaniv Mindell is the founder and CEO of FlexTexts. With a heavy belief in the success of FlexTexts even at its earliest stages, Mindell became one of FlexTexts core investors and through its success has served as a fundamental overseer of its development. While a new player in the fitness industry he states that “I guess growth and comfort do not usually coexist.” and is eager to continue to work amongst the myriad of entrepreneurial skills and expertise in the FlexTexts’ team.