While many people return to work after Hurricane Sandy, hundreds of thousands more are without jobs for an undetermined time, including those in the entertainment industry. 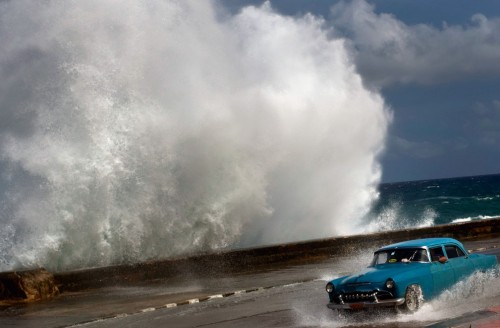 November 6, 2012 /MarketersMedia/ — Never has “The Show Must Go On” shown up more with more determination than in the wake of Hurricane Sandy which pummeled one of the world’s largest entertainment industry centers. Broadway shut down and cable companies are still scurrying around to come up with contingency plans for widespread issues caused by the superstorm. Many employees are working from home, and many are not working at all.

Part of this is due to filming permits that were revoked after the storm for continued safety precautions. These revoked permits included popular cable shows such as 30 Rock, Elementary, Law & Order: SVU, Gossip Girl, and The Daily Show. Several shows that have not gone live yet were also shut down. Among those were the CW’s Sex and the City prequel and The Carrie Diaries.

Of course, the show must go on and for those who can - they work. Hit shows on Broadway re-opened although theatergoers struggle with transportation problems that leave them unable to take advantage of their tickets. Broadway was not the only one keeping the show rolling. Personalities such as Katie Couric made it through hell and high water to get to their respective studios. Katie’s show, taped at ABC’s studios on the Upper West Side of Manhattan remained determined to stay live and Katie tweeted, "How is everyone today!" she wrote. "We're back in the @KatieShow studios - I'm giving a #Sandy update & sharing your stories!!"

The Late Night shows did their best to keep going as well. While Jimmy Kimmel Live was scheduled to tape in Brooklyn had to cancel, Jimmy Fallon and David Lettermen both carried on despite the problems. They just taped their shows and cancelled their live audiences. David Lettermen said, “We felt like we'd be putting the audience at jeopardy, if they had to sit through the show, and I said, 'Hell, we've been doing that for 30 years’."

All of the issues with the cable companies struggling to stay operational turned out to be a boon for Netflix though. Their Instant Streaming increased by 20% on the Monday after the storm. This increase was centered in the areas that were hardest hit, by those who still had power including New York City, Washington, D.C., Boston, Philadelphia and Baltimore.