The International Academy of Web Television announced that Carrie Preston will host the organization’s annual awards show. The IAWTV Awards will take place at The Rio Resort & Hotel in Las Vegas on January 7, 2014. 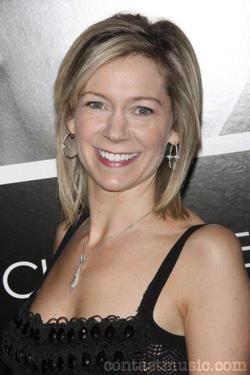 Preston is most known for her work as the flighty waitress Arlene Fowler on the HBO hit series True Blood. The actress recently earned the 2013 Emmy for Best Guest Performance in a Dramatic Series for her guest work as Elisbeth Tascioni on CBS' hit legal drama The Good Wife, which she is set to return to in the current season. Additionally, she is married to Lost and Person of Interest star Michael Emerson.

Preston hosting the IAWTV Awards represents a significant change for the annual awards show, which celebrates the best in digital entertainment. In past years, the IAWTV relied on presenters to carry the show. By putting Preston front-and-center, the organization is clearly stating that it is looking to serve people from both traditional media as well as independent start-ups.

A quick survey of the nominees indicates that the industry and public are well served by both. Nominees include stars like Anna Paquin, David Arquette, Julia Stiles, and Preston’s own show, Darwin. But, it also includes U.S. and International Independents such as Cuckoo, Thurston, and Inferno.

April Grant, IAWTV Vice-Chairman echoed Law’s sentiments saying: “Carrie Preston and the entire Darwin team have been strong advocates for the digital entertainment space. Frankly, we’re really honored to have her host the show.” If Preston’s performances in True Blood and The Good Wife are any indication, the viewers of the IAWTV Awards are in for a real treat.

IAWTV members include actors, agents, composers, content developers, directors, editors, producers, technology innovators, writers, and other industry professionals all of whom joined the organization based on their passion and dedication to advance the craft of digital entertainment.

The IAWTV Awards will take place at The Rio Resort & Hotel in Las Vegas on January 7, 2014 at 6p.m. (Pacific Time). Tickets are available here: http://www.iawtv.org/tickets-for-the-2014-iawtv-awards/. It will also stream live on What’s Trending (http://whatstrending.com/) and on the IAWTV’s website (http://iawtv.org).