Effective Parenting Eliminates the Need to be Hitting Kids for Discipline

In the wake of one of the most controversial bill proposals from Gail Finney, a parenting researcher & life skills coach has voiced her grave concerns about long term damage to children from these so called ‘disciplinary' actions. 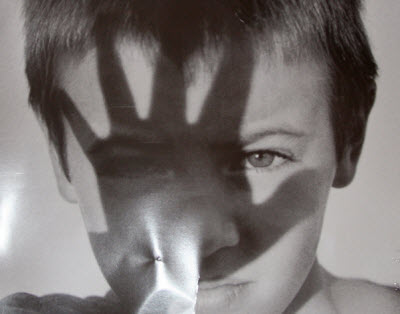 According to Dr McAlpine, "Parents who use physical violence with their children believe it’s the right thing to do and it won’t harm their children in the long run. Unfortunately, research clearly shows this is not the case and that any form of violence can have many long-term negative impacts on the child physically, emotionally and psychologically.

“Many parents who believe it's okay to discipline and punish their kids by spanking them were, in most cases, smacked by their parents, and will commonly say ‘it didn't do us any harm’ ... but did it?”

“Can you imagine what it would be like if every time you made a mistake at work your boss hit you? Would you learn from your mistakes or would you be resentful, angry, hate your boss and plot ways not to get caught out next time? Hitting at work is unimaginable, so why are we hitting our children?” muses Dr McAlpine.

A recent study summarized the findings on corporal punishment and found that "roughly 50 per cent of the parents of toddlers, and 65-80 per cent of the parents of preschoolers in the United States use corporal punishment as a regular method of disciplining their children. By the time American children reach middle and high school, 85 per cent have been physically punished by their parents." (Gershoff, 2010 p 31)

Unfortunately there is compelling evidence that shows there are long-term consequences of this seemingly harmless behavior. In fact, the hundreds of research studies on this topic show that children who are physically punished on a regular basis are more likely to:

• Have impaired brain development and a lower IQ

• Be aggressive and exhibit other antisocial behaviors

• Use physical violence with their own children.

• Commit violent criminal acts inside and outside of the family

“Let’s be clear, it’s not about letting children run wild, but instead helping them understand what the right thing to do is and how to do it. This is a life skills approach to parenting and child development. This approach has long term positive benefits in that children learn how to behave in a safe and effective way in the world. When children are hit or threatened they become fearful. Fear switches on the fight, flight or freeze response in their back brain and turns off the front brain where reason and learning happens, so in reality, they can’t learn anything.”

Dr McAlpine concluded by saying that “It will take commitment, time, patience and learning but we CAN break the cycle violence from generation to generation now by not hitting our children. Her research and testing proves that life skills approach to parenting means that children will learn in a safe environment and nurture loving relationships in families for life.

It would be interesting to hear what the Kansas representative feels about this more responsible approach to parenting that may indeed break the cycle of generational violence.

For more information on how you can get the support, resources and advice you need to be an effective parent go to www.DrRosina.com