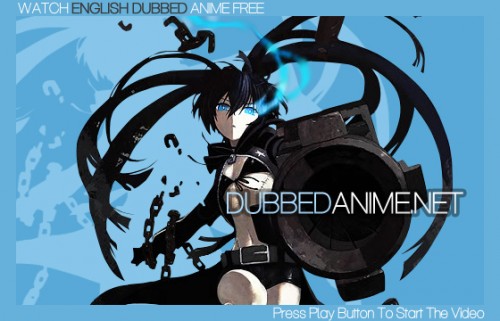 San Francisco, CA,, United States of America - - April 4, 2013 /MarketersMedia/ — Japanese anime is an animated form of manga, using the popular Japanese illustration style to create cartoons which are well known for having their own tropes and unique visual style. Anime is hugely popular around the world and is best known from things like Dragon Ball Z, Pokemon and One Piece. Though these shows have earned international popularity, there are far more anime shows out there that haven’t been dubbed into English until now. Dubbed Anime is a website that collates videos of popular anime series in Japan that have been dubbed into English for international audiences to enjoy.

The site offers a catalogue of hundreds of shows that have been dubbed into English, with detailed series information and a full show and episode synopsis, as well as Netflix style recommendations based on individual viewers’ tastes, and full listings of program episodes together with their existing view count. Clicking through allows users to watch the video right there, with the option to like and share it on Facebook if they enjoyed it.

Dubbed Anime also features a live group chat in the sidebar so that individuals can watch along with other fans and discuss the shows and their interests, as well as offering a ‘browse by genre’ option so that people can find the anime that best matches their tastes for things like action, romance, samurai or vampires.

A spokesperson for Dubbed Anime explained, “Anime has an incredible number of fans in English speaking countries and among those who speak English as an international language. Those people still miss out on the majority of great anime releases because they aren’t dubbed into English or aren’t picked up by commercial channels due to being considered a niche interest. Our popularity is growing rapidly as word spreads that anime is now available to view on demand, in high quality with great render speeds all in one place, and every episode is an English dub so viewers needn’t worry about reading low-res or poor quality subtitles.”

About Dubbed Anime: Dubbed Anime is an Anime streaming site where one can watch Anime that has been dubbed over into English for easy viewing. All their videos are rendered in high quality and they stream without buffering for users to take in the best Japanese shows at their convenience, including Blue Exorcist, Angel Tales and Sister Princess.