A Manchester based firm of solicitors is going the extra mile to help potential alcoholics into recovery. Matthew Miller is the owner of Motoring Offence Lawyers and he is assisted by Hilary Kenway. 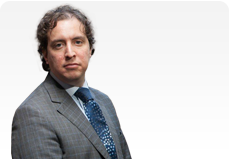 Altrincham,, England - - May 7, 2014 /MarketersMEDIA/ — Over the past five years the solicitors have teamed up with addictions expert, Bill Stevens at RedChair, in many seemingly hopeless cases. “Every single case where we have used RedChair has resulted in us achieving the desired outcome and not one has ended in a custodial sentence’ stated Director, Matthew Miller. This partnership is so unique because we are helping people before their addiction has spiralled completely out of control.

With over 20 years’ combined experience in the field, Motoring Offence Lawyers Ltd has developed significant experience with client’s suffering from alcohol related problems. The solicitors now work closely with Bill Stevens at RedChair who has worked in the addictions field for 15 years. Bill worked in The Priory Group Altrincham as a psychotherapist for 10 years and later set up his own company, working with leading personalities and professionals who have various addictions problems.

The two companies are trying to help those affected, and everyone in society, by intervening when there is still a family unit, work and a relatively normal life intact. Bill Stevens says that, ‘drink driving is often an early indicator for a problem drinker, although this is rarely noticed at the time.’ He goes further by telling of his time as a therapist where he ‘repeatedly heard life stories of clients sliding into alcoholism - almost without exception having drink drive offences as part of their story.’ RedChair see a need to intervene in the first stages which is groundbreaking progress in the substance misuse field.

Most solicitors are well versed in dealing with crimes related to drugs and alcohol. However, Matthew and Hilary work with privately funded clients whose lives may seem normal but are at risk of losing all because of an underlying alcohol issue. Hilary sees the importance in catching alcoholism in its early stages after the initial arrest - saving money and even lives. Hilary notes that, ‘tackling someone’s alcoholism in its early stages is vital but not easy.’ It takes experience and training to know whether people need addiction support and as Hilary states, ‘we can only refer people to Redchair if they genuinely want help with their issues.”

An alcohol problem can be difficult to detect when other areas of a person’s life may seem functional. Matthew states “Drink driving is not always an indication of alcoholism which means that the ability to identify it when it is in its early stages is imperative.’

Shortly after being introduced to Bill, Hilary had a client who had been charged based on an extremely high breath alcohol reading, which was a clear cause for concern. Hilary states that, ‘Bill assessed our client, wrote a report and attended court. Our client avoided a custodial sentence in spite of the reading being at a level where one would normally be expected. Since then we have used Bill regularly for five years and every single case has had a successful outcome.’

Matthew went on to explain his opinion about why Bill’s support can be so useful saying “We have often presented Bill’s reports before the Courts before our clients are sentenced. If Magistrates are able to see that someone is engaging with an specialist addictions counsellor and is taking steps to address their issues, they are much more likely to take a sympathetic view.”

Matthew went on to state the vision behind going the extra mile with their clients, ‘by supporting people with their issues and assisting them in taking responsibility for their actions, we hope to relieve the burden on society as a whole. Alcoholism is both costly on health and everyone in the wider society. A drink driving prosecution should be seen as an opportunity to change lives by addressing the underlying issue that caused the offence. We aim to make a difference not only in court, but to the family members and everyone involved in the destructive behaviours.”