Dialogue: Paragon—Fragmentation is the Essential Way to NFT Scale Development

With regard to Paragon agreement, Soul, the core development member of the project, shared a lot of useful information about Paragon development in an in-person activity. 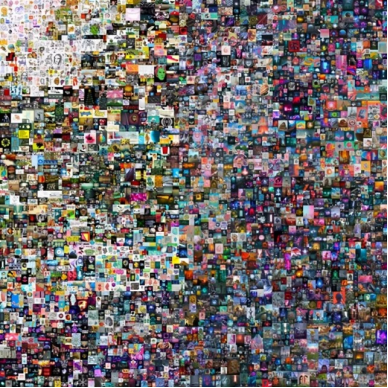 June 3, 2021 /MarketersMedia/ — Nowadays, Blockchain digitalization is gaining more favors from production, work, consumption, entertainment and daily life worldwide, including artworks, famous videos and audios. On March 12, Beeple’s Everydays: The First 5,000 Days sold for $69.34 million in a Christie’s auction, which is the highest crypto-art sale in history and makes the creator one of the top three most valuable living artists. The piece was minted as an NFT and traded in Blockchain, making NFT, a popular concept in cryptocurrency communities, sought after by more people outside.

In fact, the occurrence of NFT is not a coincidence. The advent of digital age makes production of unauthorized copies quite easy, putting artists and art markets into a tight spot. Art markets have been exploring how to protect artists’ interests and patents.

NFT has made its way by possessing the decentralized, uninterchangeable, safe and privacy-protection features of Blockchain. But NFT has a high threshold for the massive users to participate because of the pricy NFT works and low matching degree between sellers and buyers.

With regard to Paragon agreement, Soul, the core development member of the project, shared a lot of useful information about Paragon development in an in-person activity. Soul thinks: "NFT represents as a unique and irreplaceable digital asset, but in fact, NFT drives the growth of decentralized e-commerce. Decentralized e-commerce means the financialization of everything, which is not as simple as speculating in cryptocurrency." Here's what Soul shared.

What is Paragon Protocol?
Paragon protocol is the NFT platform based on multiple-chains, covering NFT creation, transaction, auction, mortgage and other ecological applications. The technical team focuses on the fragmentation of NFT, aiming to scale up NFT development.

How to Apply NFT?
With fragmentation technology, Paragon protocol enables each user to participate in the early dividends of NFT appreciation. To put it simply, if a piece of work is worth 500 ETHs, it will be split into 500 1-ETH pieces on Paragon platform. Then, more people can afford NFT assets with a lower price, greatly improving the liquidity of NFT asset.

What is NFT Fragmentation?
Generally speaking, Paragon technical team centers on the R&D of fragmentation protocols based on the framework of fragmentation technology, splitting NFT into separate parts that constitute the NFT asset.

The Importance of Fragmentation
Fragmentation is the only way to split NFT assets into shards, which can improve the liquidity and solve existent problems. Improving NFT liquidity is a must for the massive application and the increasement of users’ incentives.

The Prospects of Paragon
In the years to come, as an autonomous project in the distributed community, Paragon will scale up NFT application. As fragmentation technology becomes more mature in Paragon, each user can own NFT in a less-cost, faster and safer way and the expandability and experience are constantly improving. We will stay committed to the original aspirations and focus on the development and safeguards of NFT ecology built by Paragon fragmentation, upgrading the sound ecological NFT development.

After reading Soul's sharing, I believe you have a better understanding of Paragon. As an early investor and evangelist of BTC and ETH, Soul is deeply inspired by the development of Blockchain at every stage. In the end of the activity, Soul said that Paragon protocol means far more than these, and Paragon will demonstrate the values step by step.