Sign Up Your Account Send Press Release
MarketersMEDIA / Newsroom / Deia News: After 50 Years The Music Of Torrandell Lives On

Deia News: After 50 Years The Music Of Torrandell Lives On

January 15th 2013 marks the 50th anniversary of the death of the Mallorcan musician Antonio Torrandell, said by some to be one of the greatest composers of the first half of the twentieth century. 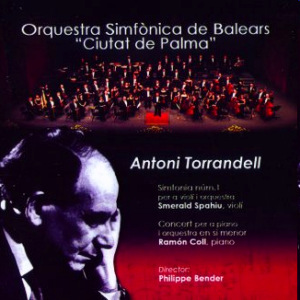 January 14, 2013 /MarketersMedia/ — "Antonio Torrandell, an irreparable loss to the music" was the headline in the press of the 60's reporting on the death of "one of the international musicians given by Islands". And fifty years later his legacy is more alive than ever thanks to the documentary work, the conservation of the musical archives and the publicity about the composer undertaken in 1954 by his son Bernardo Torrandell, who now, nearly six decades on, at the age of 91 continues to update the compendium book on the figure of his father with absolute dedication and affection for his subject.

January 15th 2013 marks the 50th anniversary of the death of the Spanish musician, declared by some to be one of the greatest composers of the first half of the twentieth century.

Bernardo Torrandell explained that the "compilation book" about his father was started in the 50's as biographical notes comprising about 20 pages. In January 1954, the composer Jean Marie Thomas signed the preface stating that "the doors opened by Torrandell in each of his works lead directly to the depths of his soul because his music is at all times honest and truthful."

Now in 2013 comes a brand new work of over 500 pages entitled “Torrandell”. In this book, which grew out of the documents kept by his grandfather in Inca, birth place of the composer, "everything is documented. It is not a biography in itself, rather it is a collection of data intended to lay the groundwork for that in the future, when a musicology expert might make a good study on Maestro Torrandell" reveals Bernardo Torrandell. The book, is detailed but not edited. Thus the composer's son is adding new documents and, when the new edition was complete, gave the order to publish.

For over ten years the "craftsman edition” of this book has circulated Spanish and French libraries, public and musical institutions. The musicologist and professor at the University of Oviedo, Ramon Sobrino, highlighted in the preface to the volume on Torrandell published in 2012 that there are "almost sixty years of dedication to interpreting the music of Maestro Torrandell, to getting his works written in Mallorcan "isolation" published, so that a society which pays so little attention to its musical heritage might know the work of one of its illustrious sons”. But also, reminds the professor, there is sixty years of interest in the composer's work expressed by composers and musicologists such as Federico Sopeña, Tomás Marco, Xavier Montsalvatge...”

The Requiem is his masterpiece. "It is undoubtedly his most ambitious score, yet Torrandell at his most profound, intimate and serenel" states the book. In 1959, this piece, which his son describes as "tremendously difficult," won the City of Palma Award. In fact, Edmon Colomer acknowledged in a letter recorded in the book that only the National Choir of Spain could "adequately defend" this work. Torrandell also left us the Concerto in B minor for piano and orchestra, Symphony No. 1 for violin and orchestra, and some orchestral works such as “Tristes souvenirs”, “Canto de poda”, “Copeo”, “Son Batle”, “Valle de Muza” ... such pieces, as stated the illustrious pianist Leopoldo Querol, "are invaluable as the genuine and legitimate reflection of the spirit and soul of a privileged artist".

In the book, the Valencian composer Manuel Palau, describes Torrandell as an "immortal composer and role model." The conductor Juan Pich Santasusana remarks that the composer was able to combine three great qualities: "as man he was an example of kindness, honesty and Franciscan humility, as an artist he was able to vibrate to the depths of the soul, and as a composer he has left us a large body of works accrediting as master of true hights."

AntonioTorrandell was born in Inca, near the town of Deia Mallorca on July 17, 1881, and died on January 15, 1963. He was introduced into the world of music by his father, a teacher and organist at the parish church of Santa Maria la Major in Inca. José Balaguer, a student of his father, shaped his musical ability and prepared him for entry into the Madrid Royal Conservatory. In the capital, Torrandell won the First Prize for Piano in 1900, and for Harmony in 1903. He went on to train at the Schola Cantorum in Paris under composers César Franck and Charles Tournemire.