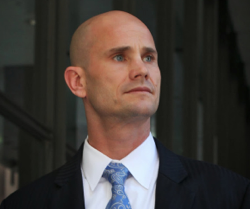 June 23, 2014 — Chicago Criminal Defense Attorney, Robert J Callahan, was the featured guest on Influencers Radio show with Jack Mize, discussing the obstacles and myths the accused must face when they find themselves under arrest in the criminal justice system of Chicago.

It’s definitely nothing like what you would see on television. And that can be completely overwhelming for people.”

As one of the largest cities in the United States, the Chicago Police Department is overwhelmed themselves. Callahan explains that innocent as well as guilty people are arrested every day and that his primary responsibility and obligation is to make sure that the proper legal procedures were followed when his clients were arrested and processed.

Callahan discusses some of the most critical reasons why someone who has been arrested needs to have an attorney present before they even say their first word to the investigators. He reveals how tremendous pressure on the police department can create the urgency to get confessions and close cases which have a life changing impact on the outcome of a case if an attorney is not involved.

The radio interview also delves into the psychology of both innocent and guilty people when they enter into the criminal justice system and the fascinating differences in their behaviors after they’ve been arrested.

As one of the most respected criminal defense attorneys in the Chicago system, Robert J Callahan has made it his mission to aggressively deliver the full legal representation every citizen is entitled to by the constitution.

For those who are interested can hear the full interview at: http://influencersradio.com/robert-j-callahan-navigating-the-complex-realities-of-the-chicago-criminal-court-system/