Talented author, Deborah Harris, collaborates with Jacquie Abram and Delilah Harris to chronicle the story of a resilient black woman fighting racism in the workplace in her new book “HUSH MONEY” 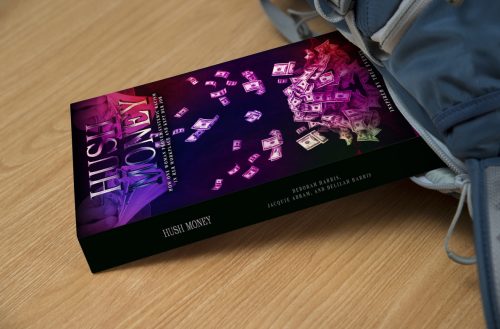 November 3, 2020 — Deborah Harris recently released an amazing piece in “HUSH MONEY,” where she narrates the story of a twenty-eight-year-old Black woman and her struggle with systemic racism as she tries to live the American dream. Inspired by true events, “HUSH MONEY: How One Woman Proved Systemic Racism in her Workplace and Kept her Job” is currently available on Amazon.

The issue of racism has been a century-long problem that unfortunately seems unresolvable. Several initiatives have been put in place to address this scourge. Unfortunately, the systemic nature of racism and how some categories of individuals have been deliberately relegated have made it even more difficult to effectively address the issue of racism and its inherent problems. In “Hush Money,” Deborah Harris shines more light on the issue with the case study of Ebony, a strong, resilient young woman and how she made the transition from racial discrimination victim to racial discrimination victor.

All Ebony wanted was to live the American dream and after years of working dead-end jobs, battling a divorce, and struggling to make ends meet, she got a phone call from a temp agency that she felt was going to be a positive life-changer. Things quickly took a new twist as the call literally set her on course for a tumultuous period, especially after she was hired permanently after only two short months. What was meant to be her path to living the American dream became a living nightmare as she was discriminated against due to her skin color.

Ebony had the choice of killing her boss or herself to escape the torment. However, she eventually found the courage to fight back after years of suffering. Ebony was able to prove the existence of systemic racism in her workplace and she obtained a six-figure settlement from her employer to buy her silence and maintain her employment for several more years.

Deborah Harris authored “HUSH MONEY: How One Woman Proved Systemic Racism in her Workplace and Kept her Job” with other talented writers, Delilah Harris and Jacquie Abram, as they seek to inspire readers to rise above any challenge and fight every form of injustice.

“HUSH MONEY: How One Woman Proved Systemic Racism in her Workplace and Kept her Job” can be found on Amazon for readers across the globe.