Do you want more traffic and exposure? Get on APNews now
Sign Up Your Account Send Press Release
MarketersMEDIA / Newsroom / Daniel Aharonoff Looks Back on the Early Days of Video Streaming

Daniel Aharonoff Looks Back on the Early Days of Video Streaming

Early in his career, digital media expert Daniel Aharonoff had the chance to discuss advancements in the nascent online video industry with another pioneer – legendary tech entrepreneur Mark Cuban. 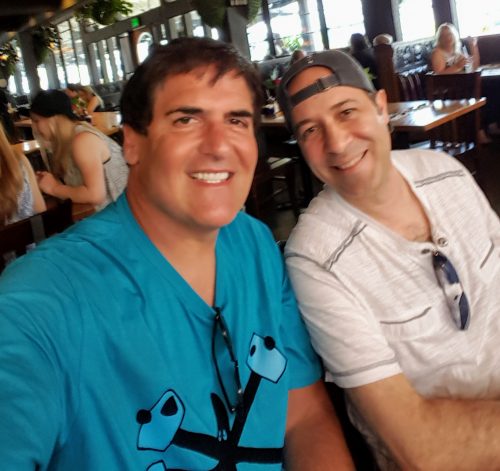 ENCINO, CA - September 19, 2019 /MarketersMedia/ — Video streaming is so ubiquitous nowadays that people tend to forget it has been around for a relatively short time. Services like Netflix and YouTube have become virtually indispensable in daily life, providing a massive choice of content and the incredible convenience to stream video across various devices. In the late 1990s, however, the concept was a novelty, and few could imagine its tremendous potential and impact given the PC power and internet speeds at the time. Only a handful of people understood that a revolution was looming, among them being digital media expert and prominent technology investor Daniel Aharonoff. Early in his career, he had the chance to discuss advancements in the nascent online video industry with another pioneer – legendary tech entrepreneur Mark Cuban.

The meeting happened at a time when only two or three companies were developing video codecs, which are compression algorithms that make it possible to stream content over the internet. Daniel Aharonoff, who was then 28, had started a consulting company which later became VideoDome Networks – a content aggregator whose clients included FoxKids, Kenneth Cole, Redken, L’Oreal Cosmetics, and Stanley Tools. The young businessman met Cuban at a tradeshow where the soon-to-be billionaire presented his own company, Audionet, which was rebranded to Broadcast.com shortly after and taken public in 1998. The following year, Yahoo! acquired the business in a deal valued at $5.7 billion, making Cuban one of the most successful US tech entrepreneurs. These two innovative minds met in the days when most corporations were just starting to use email, so video streaming felt like a completely alien concept. Over a cup of coffee, they discovered they had a strong rapport and spoke at length about the state of codecs and advancements in the field. Cuban offered to buy Daniel Aharonoff’s company, and even though his proposal was rejected, the two stayed in touch over the next 20 years.

Since that meeting, video streaming has progressed to become an industry whose value is projected to reach $124.6 billion by 2025, growing at nearly 20% a year due to the rapid adoption of mobile devices and the widespread availability of high-speed internet connections. In the past two decades, Daniel Aharonoff has built a reputation as an innovator and a highly successful investor in the digital media sector. Most recently, he took an equity position in Everland – an upcoming game whose creator is celebrity Twitch streamer Byron ‘Reckful’ Bernstein. Unlike other streaming games, Everland is focused on becoming a virtual community built by the Twitch chat community, allowing users to engage with their favorite twitch personalities in various activities - a club penguin for Twitch streamers and their audience.
Daniel Aharonoff has been involved in the digital media space for more than 20 years, laying the foundations of his remarkable professional success with his appointment as a strategic consultant to NBC Television. He advised the company on the launch of its VideoSeeker online service and showcased its digital properties on numerous pioneering portals, among them World News, The Tonight Show, and Saturday Night Live. This assignment was followed by the position of acting CTO at FoxKids and Fox Family Channel, where Aharonoff consulted on all technology and digital media initiatives. In 1997, he founded movie content aggregator VideoDome Networks, serving as its CEO until 2004. After a number of senior roles at digital media companies, he joined BroadScaler Consulting in 2009, assuming the CEO responsibilities.

Daniel Aharonoff Looks Back on the Early Days of Video Streaming with Mark Cuban - YouTube: https://www.youtube.com/watch?v=oOHEaLO0_U0