More and more organizations are now intending to cooperate with QFund 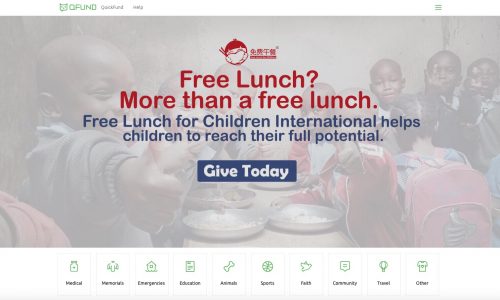 Beijing, China, December 29, 2017– Qfund, the next generation of crowdfunding platform has established multiple partnerships to promote charity events widely Qfund recently has announced its partnership with companies like Live.me, NECBL, and The Deng Fei Foundation

During the period of Veterans Day, Qfund partnered with Live.me to raise money for a Veterans ICnformation Center in Caballio Colleage.  The Live.me partnership allowed news anchors to sing for veterans live while solicitation viewers to leave donations through the Qfund platform. The anchors on Live.me sang for veterans and encouraged their followers to make donations on the campaign page of Qfund.me. The campaign reached the goal in a quite short period and the money would be transferred to the Veteran’s Information Center.

Qfund actively worked with the NECBL to collect money for the11st series. 82 teams would race for the seats of the 2018 NECBL Spring Final in New York.  By raising their own campaigns, the teams would be able to participate the NECBL without any financial burden.

The Deng Fei Foundation started to cooperate with Qfund and launched their #GivingTuesday Campaign. By collecting money through Qfund, #GivingTuesday will be able to deliver free launch to children and reduce the poverty in those less developed countries like Kenya. Qfund launched this campaign on Thanksgiving Day and thousands of money had been collected to support their project.

Qfund too has partnered with The Silk Road Companion International Volunteer Alliance (SRC), a NPO that aims to help the countries along the Silk Road. With Qfund functioning as an online fundraising platform, SRC now is able to expand its coverage to 10 countries including, Cambodia, Laos, Thailand, Iran, Djibouti, Sri Lanka, Pakistan, Malaysia, the Philippines and Indonesia.

Qfund.me was established in the summer of 2015 and is now the largest crowdfunding platform in Asia which has been used and approved by over 182 million active members.  With user-friendly features built in, Qfund has become the first choice for those who want to raise a campaign