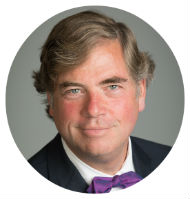 When asked for a comment, La Rue said, “There’s no question that with the rise of online dating – which is a multi-billion dollar industry in the US alone – there has also been an uptick in related sex crime charges. Many of these charges stem from the deceit that runs rampant on online profiles.”

According to La Rue, inaccuracies and deceit are bound to happen on the millions of profiles found on popular apps such as Tinder, Bumble, and Plenty of Fish.

"On many of these online dating apps, there's not often any real check to insure that someone is the age that they claim to be. For instance, many minors might lie about their age to make it seem as if they are older than they, in fact, are. This can be particularly damaging and could lead to a sex crime charge if a minor engages in sexual activity with someone, even if it’s with another minor,” he said.

“This is a point that many people often overlook. In the state of Ohio, a juvenile can be charged and convicted of a sex crime – and could be further subject to sexual registration requirements. Depending on the tier and how old the juvenile was when the supposed offense happened, registration could have decades-long – or even life-long – consequences,” he said.

Sexual activity occurring between a minor and someone of age who met on a dating app carries additional potentially damaging ramifications. These could include jail time and the stigma of being labeled a sex offender, making it difficult to secure housing and employment.

“With the rise of the casual hook-up scene brought on by these dating apps, there has been an explosion in related sex crimes as the courts tend to take these cases quite seriously. When it comes to online dating, you should tread carefully. If you are suspicious that the person you are seeing is underage, make sure to ask for ID even if it seems awkward. In this case, it's much better to be safe than sorry."

“If you are under investigation by law enforcement for something such as inappropriate sexual contact or behavior with a minor after meeting on dating app, then make sure to reach out to a seasoned criminal defense attorney who has a proven track record in dealing with unfounded sex offenses,” La Rue said.